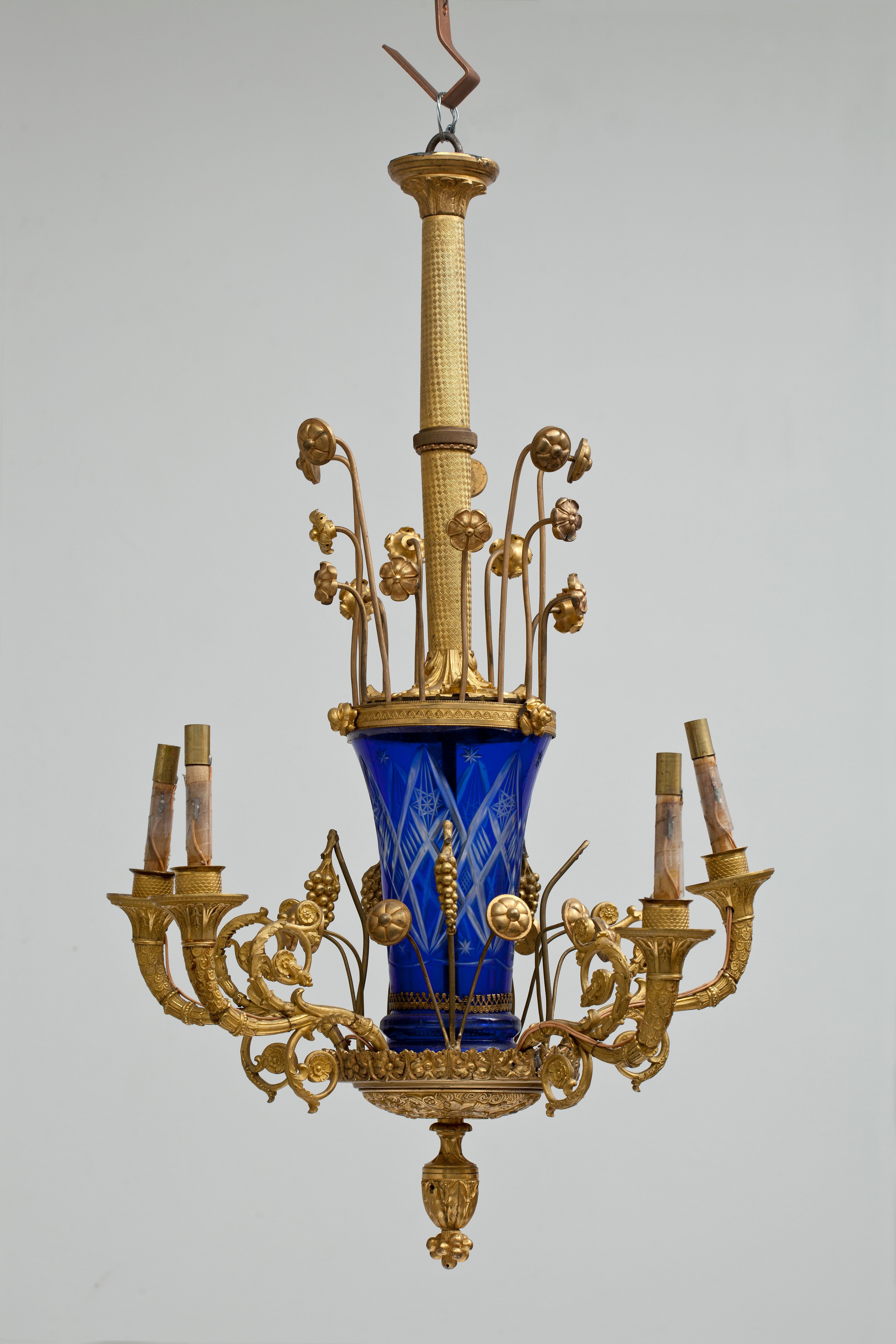 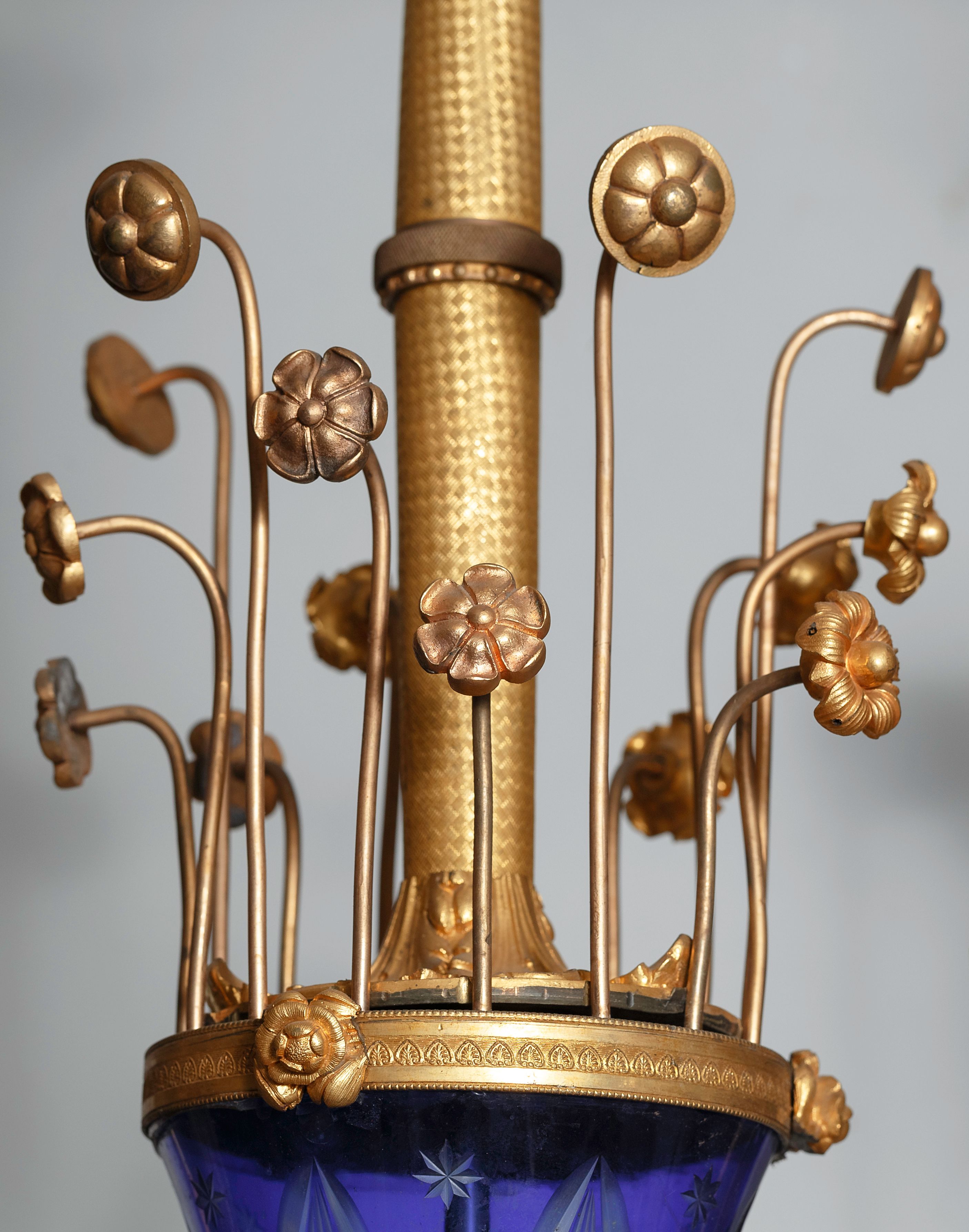 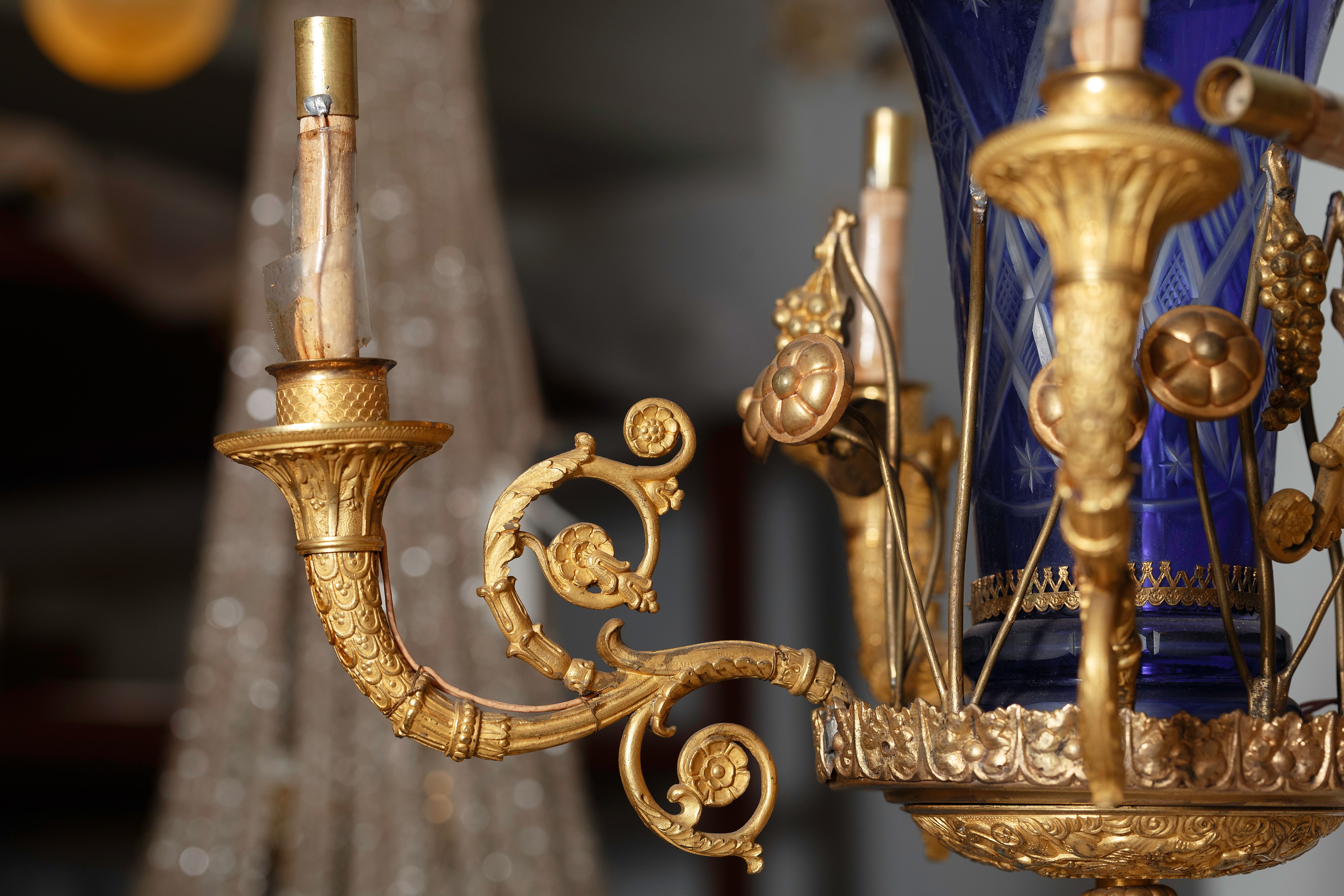 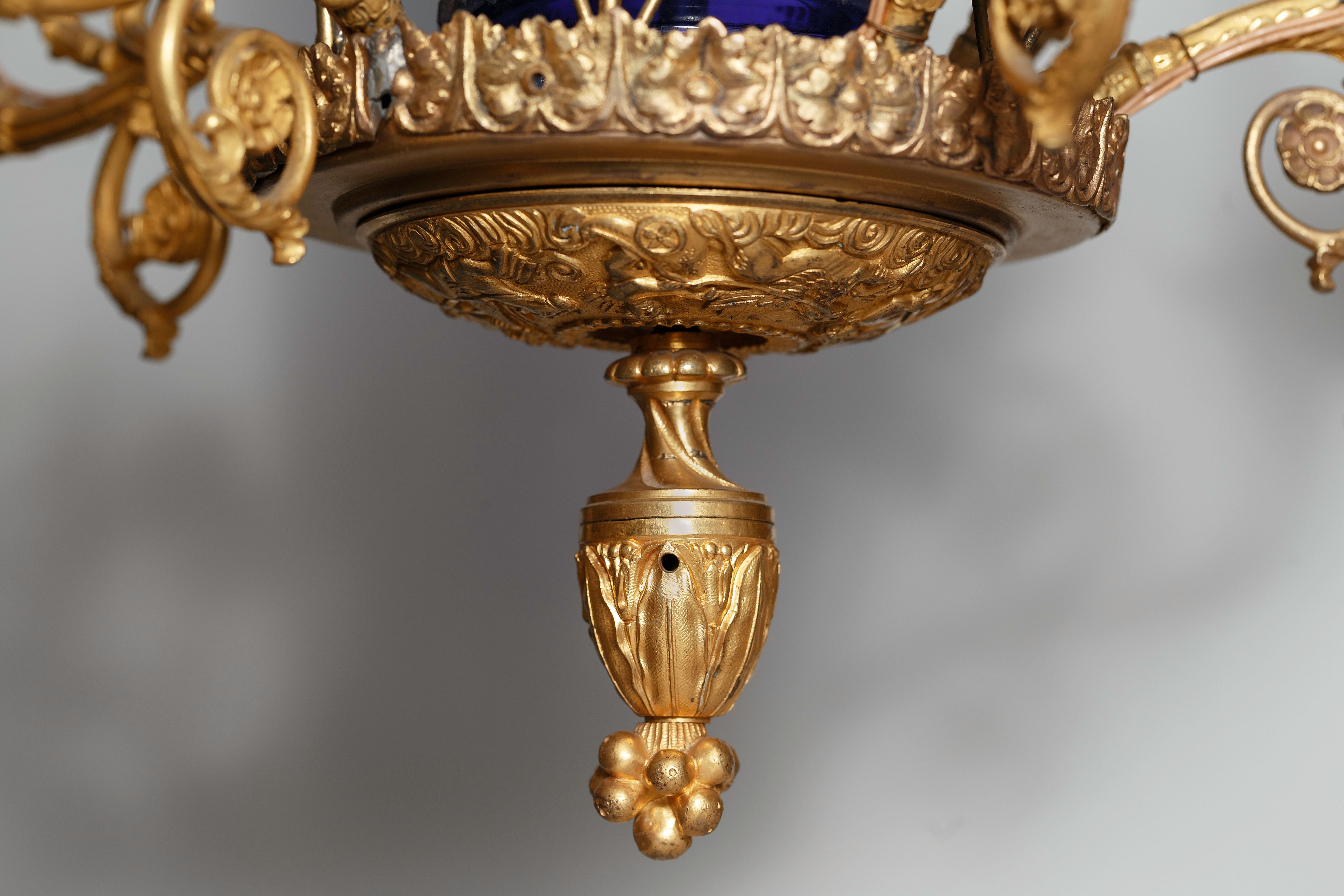 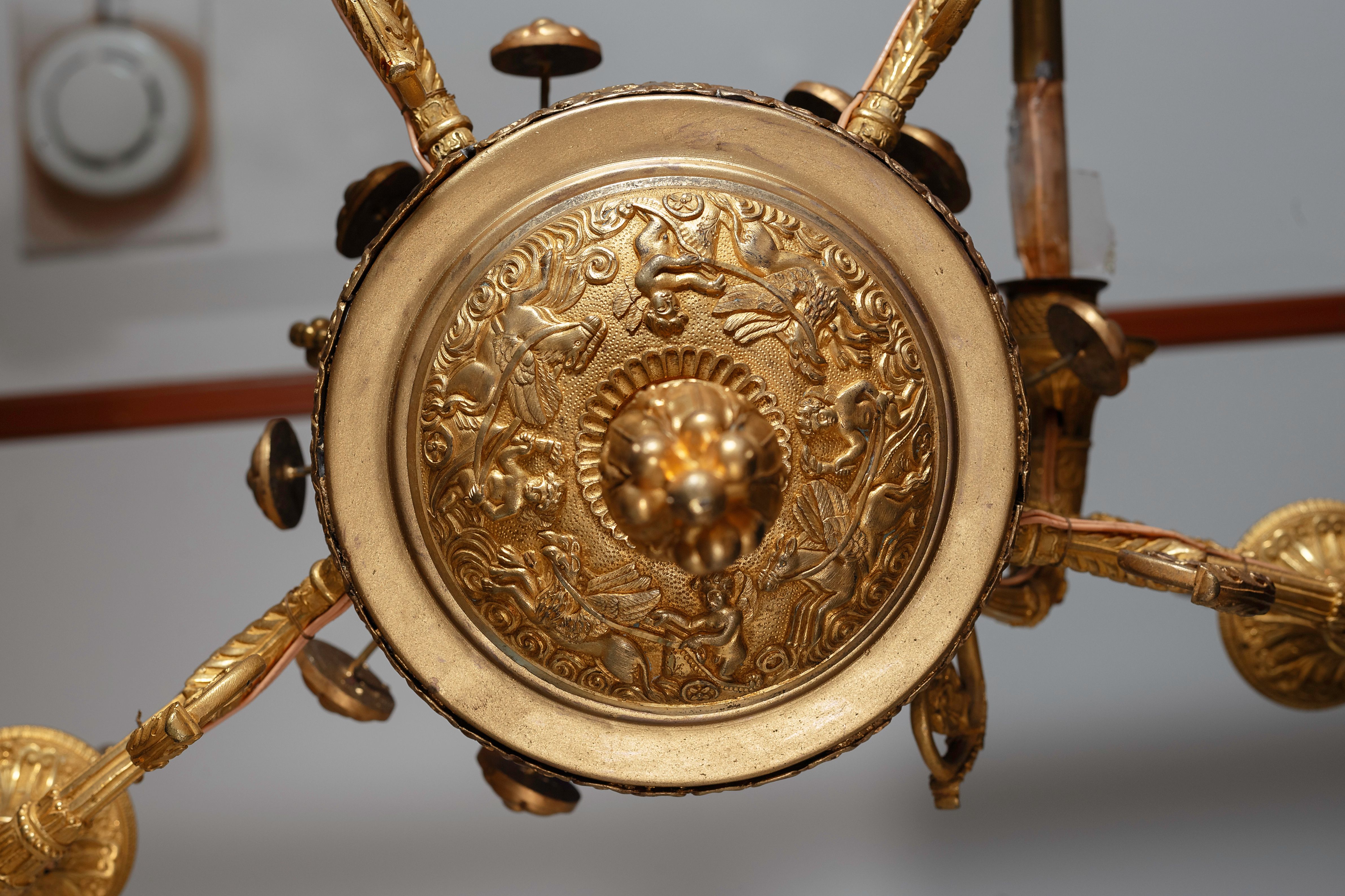 After a careful examination of the chandelier preserved in the National M. K. Čiurlionis Museum of Art, it can be stated that the chandelier was repaired many times and is probably remade from an Empire-style ware. The lost composition, significantly different quality, and material of the castings evidence non-simultaneity of the chandelier.

Four arms and a decorative bud-shaped terminal with an ornate plate beneath the chandelier are the oldest parts attributable to the 1810s–1820s. The view at the chandelier from above shows arms roughly fixed to the disc with screws. Their number is unusually small, and they look disproportionately large for the bowl to which they are mounted. The edge of the bowl is surrounded by a crown of leaves cast in a later period. The primitive cast six-leaved flowers and bunches of grapes emerge from the bowl. An embossed glass vase of cobalt blue colour is the accent of the chandelier. When the candles were lit, it became translucent and gave the room an unusual feeling. There are three types of flowers statically rising from the top of the vase. They, like other elements of the chandelier, reflect the non-simultaneity of the article.

This Empire-style chandelier is typologically rare. Thanks to many repair attempts, it becomes a peculiarly exciting exhibit.