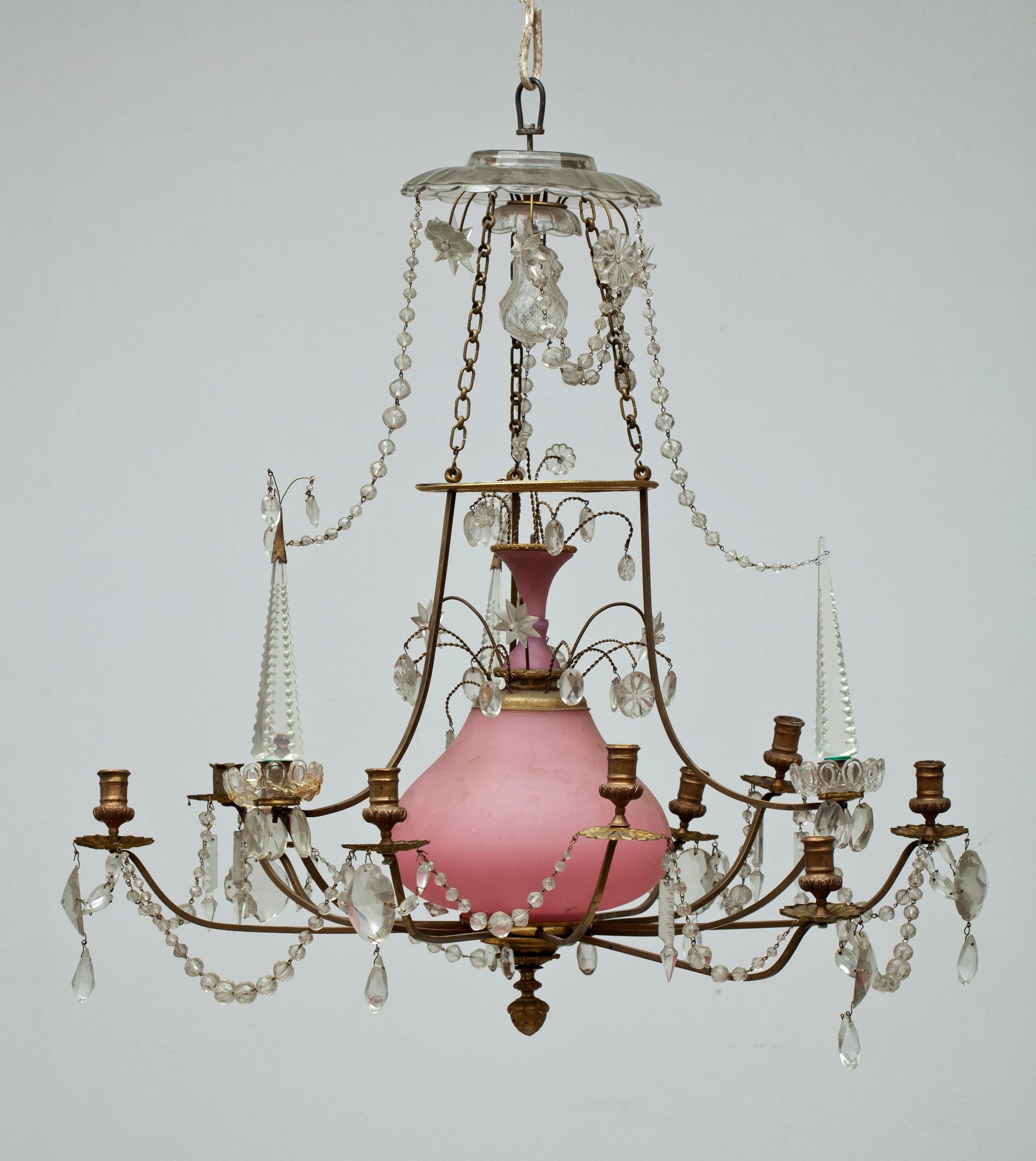 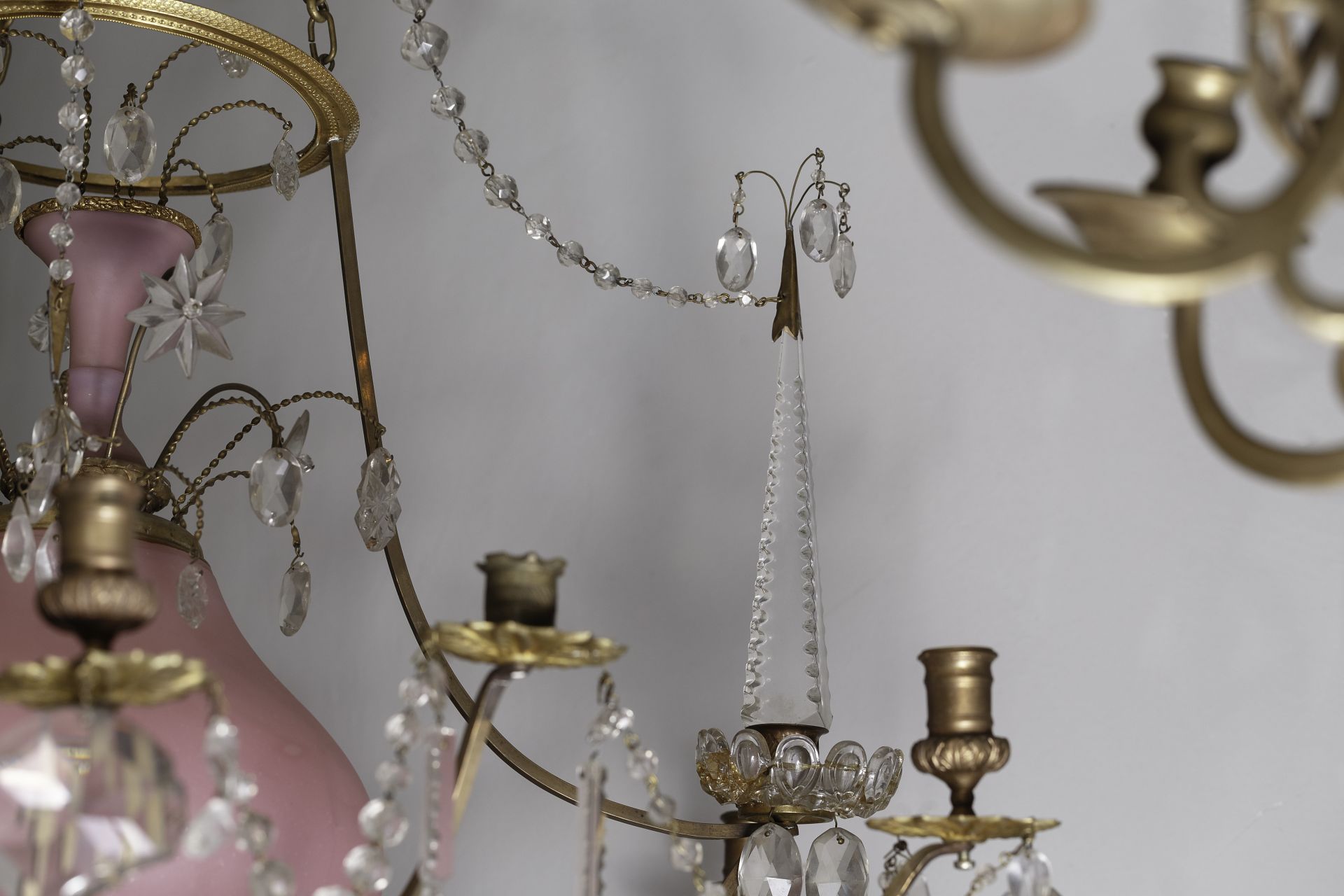 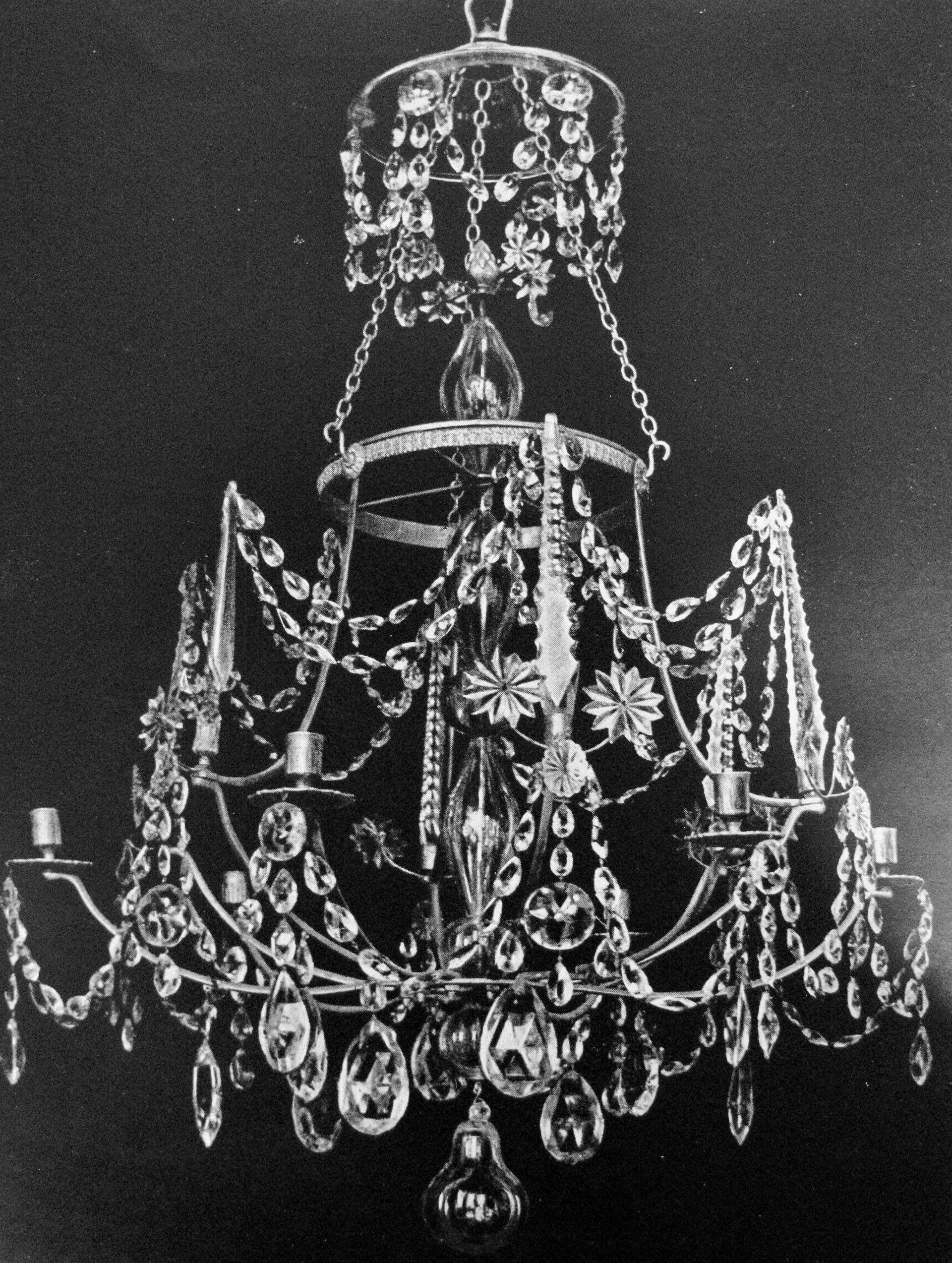 The frame-type chandelier with a vase of pink glass in the National M. K. Čiurlionis Museum of Art is one of the most valuable ware in Lithuania representing Russian light fixtures of the 18th century designed to use candles for light.

Nine arms of the chandelier are placed into a disk with a glass vase of subtle pink colour above it. The vase is made of opaque glass and has a decorative function. Three lyre-form rods support the crown of arms attached with chains to a glass rosette at the top of the chandelier. Three polished spires with tendrils and pendants decorate the frame. Tendrils at the top of the vase, strands of gradually increasing and decreasing faceted beads between arms and jasmine, and rosettes of anemone-shaped cast glass provide playfulness for the ware.