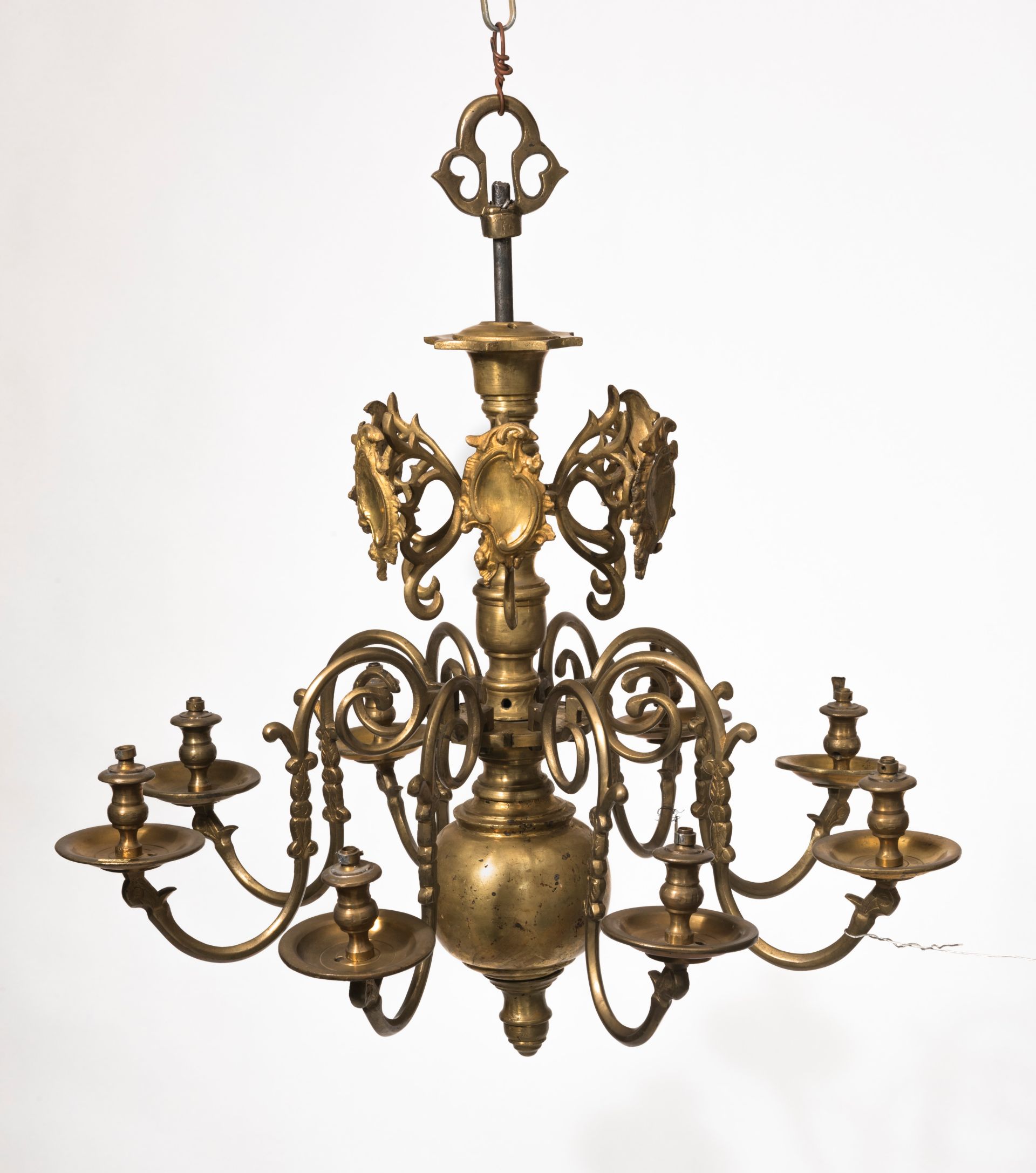 Indeed, the chandeliers with a large sphere at the bottom of the stem were started to produce with the establishing of Baroque culture in the Netherlands in the 17th century. Hence, they are named to as the Dutch or Flemish chandeliers. They widespread throughout Europe, as well as in present-day Poland and Lithuania. However, it is essential to pay attention to the details when dating these chandeliers from two different locations (south-eastern Lithuania and western Poland). The chandeliers are decorated with rocaille*-shaped reflectors, suggesting that they were created during the prosperity of the Rococo — in the 2nd half of the 18th century.

The chandelier preserved in the National Museum of Lithuania belongs to a stem type. The stem consists of profiled tubes, a small disk for reflectors, a larger disk for the arms just below and a large sphere with finial*. A patina of time is visible on the sphere of the chandelier. The metal surface is slightly cracked and scratched. The chandelier has eight S-shaped arms. Their terminals closer to the stem are strongly curved, and the slope is decorated with embossed floral ornaments. There should have been eight more reflectors in between the arms because the small grooves cut on the edge of the disc. Rocaille-shaped reflectors were formerly covered in gold-coloured material, which probably helped them better to reflect the candlelight.

The chandelier could hang in a secular or sacral building. Based on its form and décor motifs, it is a rare chandelier of the late Baroque, especially valuable in the context of surviving chandeliers in Lithuania and Europe.

* Rocaille (French, rockwork) — an asymmetric, elaborate ornament consisting of shells, stylized leaves of plants and crested motifs resembling stiffen crests of sea waves. It is typical of the Rococo period. The style appeared circa 1730 and was extremely fashionable until the fourth quarter of the 18th century. Žr. Dailės žodynas, Vilnius: Vilniaus dailės akademijos leidykla, 1999, p. 365.