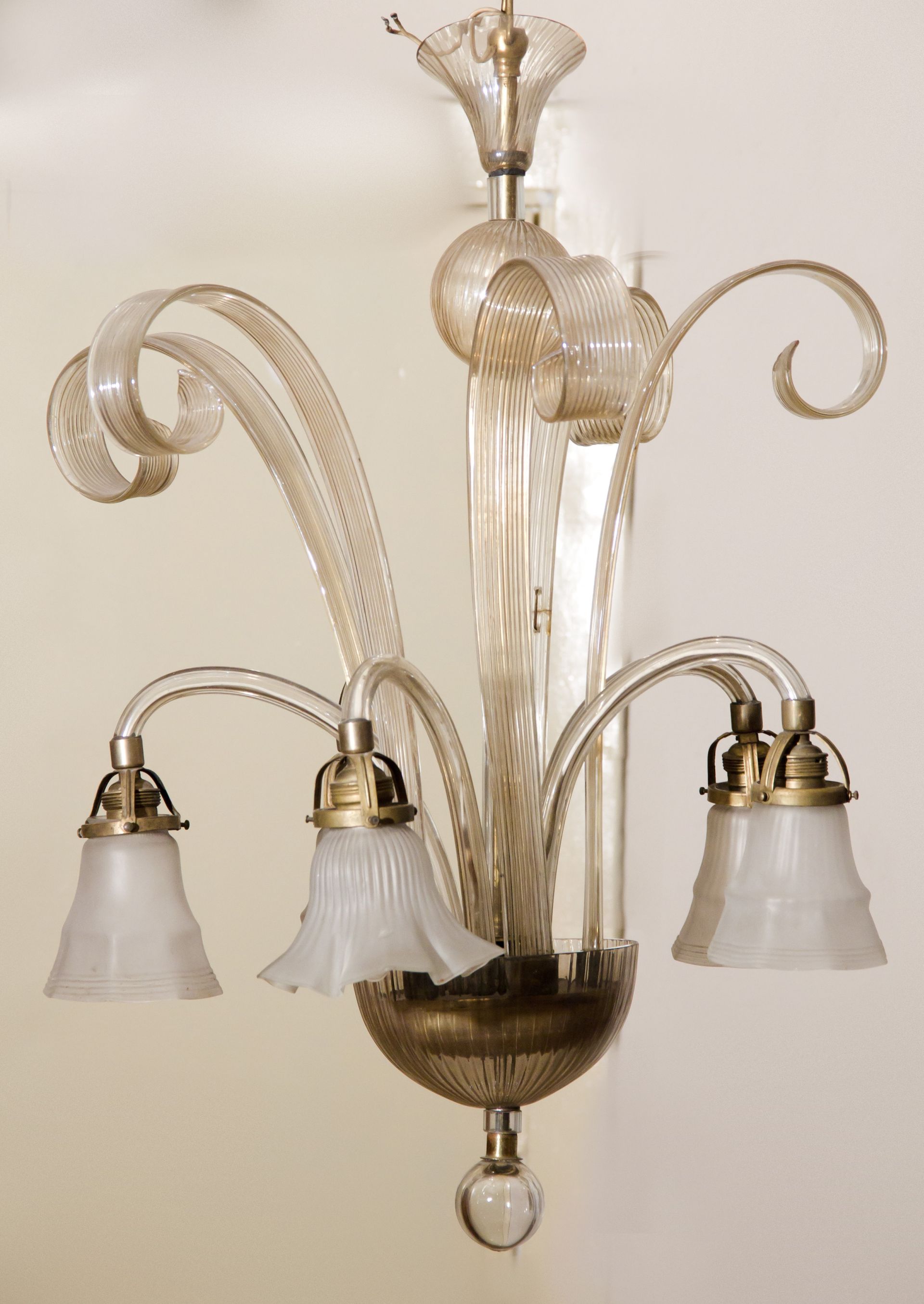 The glass chandelier preserved in the Lithuanian National Museum of Art was made in the late 19th – 1910s. Not only the plastic details that predominated in the early 20th century but also the technical details suggest that the chandelier was made at this time. The five arms terminate with the sockets a light bulb with bail mounted around and cap attached. In this way, they were usually fastened only in the first decades of the last century.

It is a stem-type chandelier. At the top of the stem is a funnel-shaped rosette and a blown sphere just below gives playfulness to the ware. The stem at the bottom terminates with a small bowl to receive five arms and five leaves that are linearly twisted at the ends. The chandelier used a fine golden-tinted glass. Smooth glass tubes make the stem and arms; other parts are with a cannelure. The cannelure-divided surface of the bowl, leaves, sphere and rosette give the chandelier a graceful and ornate appearance and bring out its unique colour. Unfortunately, the original caps did not survive. Currently, whitish opaque caps are attached.

The incomplete chandelier preserved in the Lithuanian National Museum of Art is a valuable example of the secular interior lighting from the turn of the century.