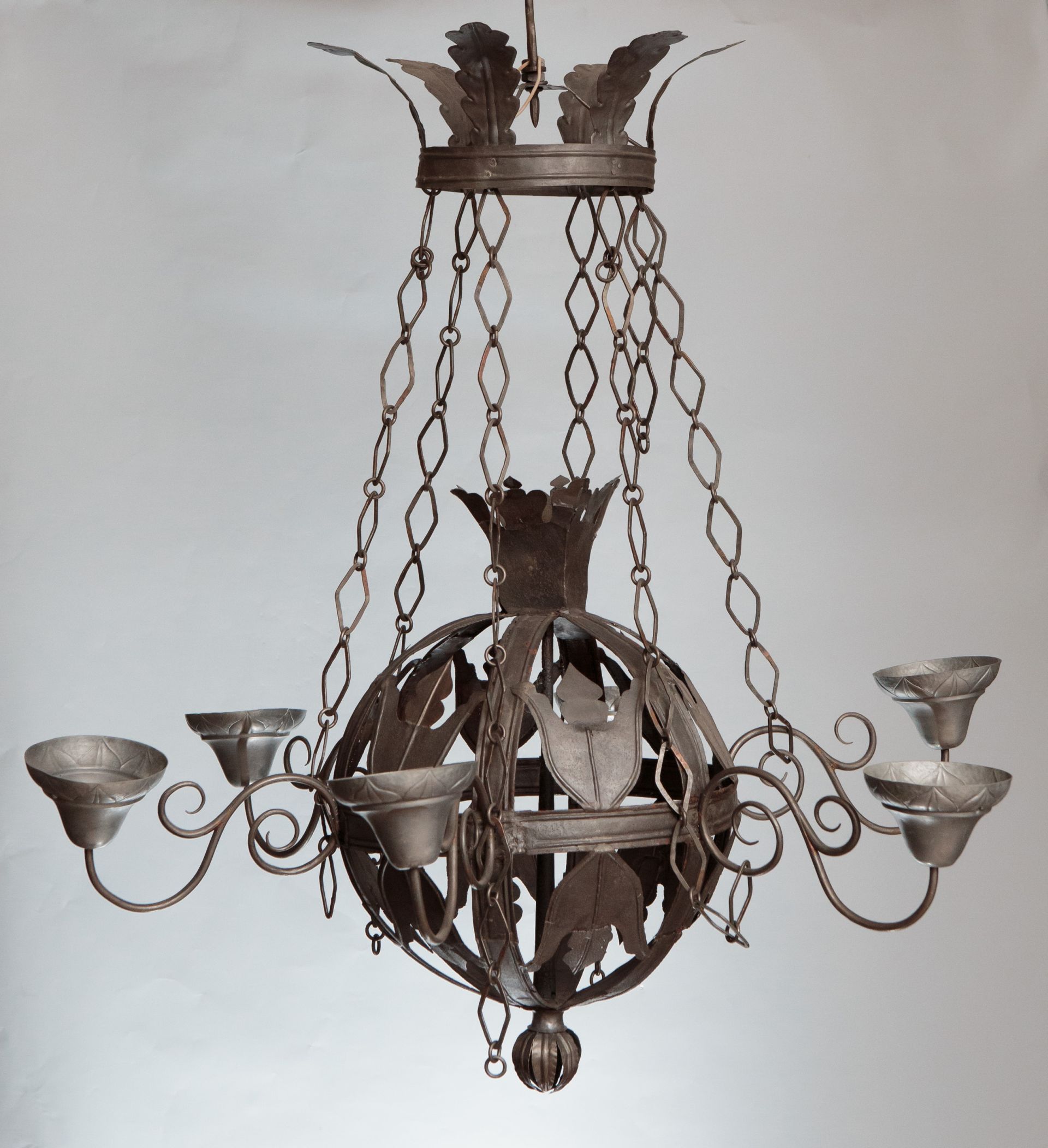 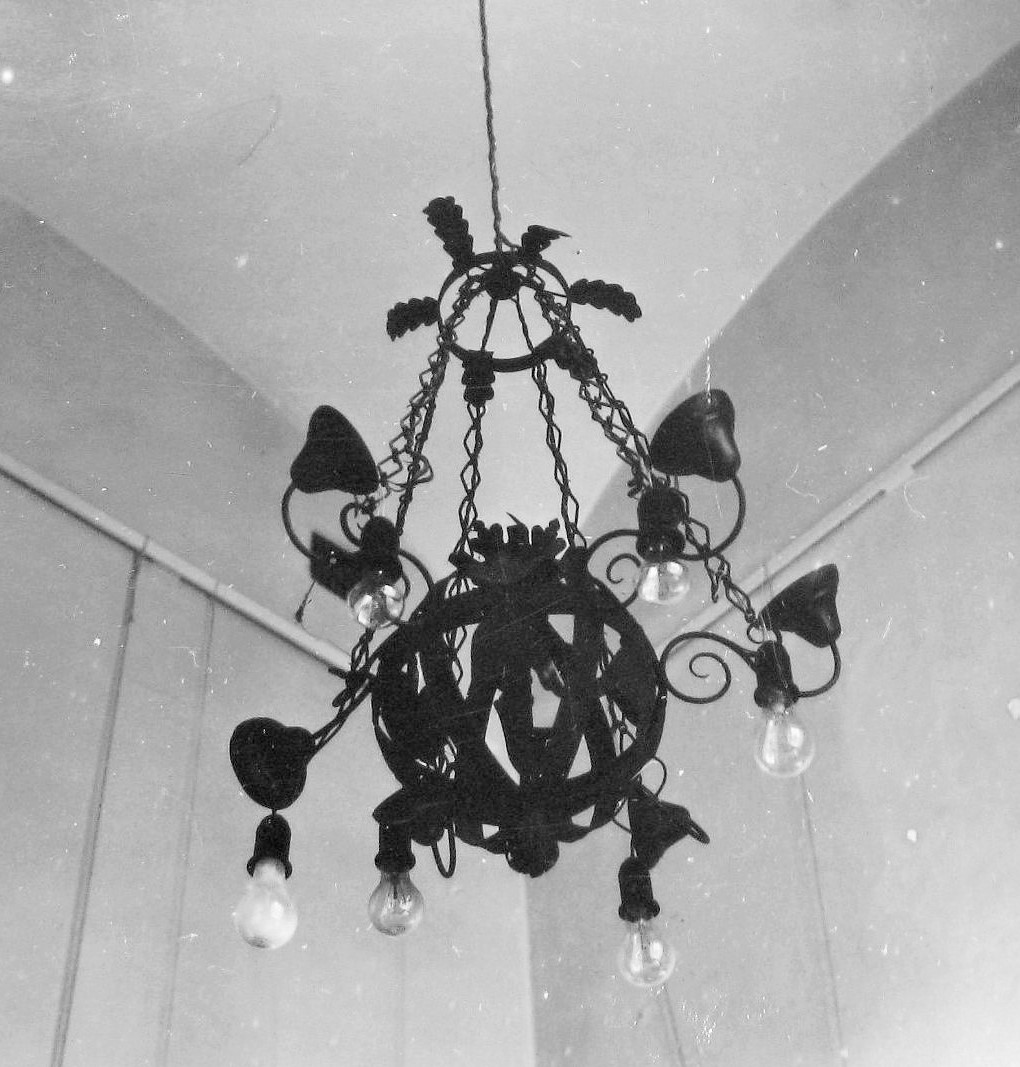 The only known tracery-sphere chandelier in Lithuania is preserved in the Lithuanian National Museum of Art. In other parts of Europe, they are called cage chandelier because of their unique shape. According to German researcher Kurt Jarmuth, cage chandeliers began to be produced in the historic lands of Prussia, and by trade-road, they spread to Finland and Sweden [1]. Having collected a great deal of data on the evolution of the Polish, Lithuanian and Latvian chandeliers, it should be added that many examples of surviving cage chandeliers of the 15th–17th centuries are in the Polish churches. A chandelier designed by craftsman Gerdt Benningk in 1617 is hanging in the church of Saint Nicholas in Gdańsk [2]. Behind the vertical ornamented rods, which form a sphere, is incorporated the sculpture of the Blessed Virgin Mary with a child. The chandelier adorned with 15 medallions depicting the Mysteries of the Rosary reflects the piety to the Rosary that was prevalent at that time. Other chandeliers of this type are known in the church of the Assumption of the Blessed Virgin Mary in Gdańsk [3] and the church of St. John the Baptist in Orneta [4].

The chandelier survived in Lithuania is made of thin repoussed metal tin. The spherical frame consists of six vertical strips connected at the bottom and top. They are surrounded in the middle by another strip and the slices filled with stylized lilies cut from the tin. A tetrahedral crown with wavy edges decorates the tracery sphere at the top and a bud of tin leaves at the bottom. Six S-shaped arms are attached to the middle. Each arm terminates with a deep, wide bowl (10 cm in diameter), which performed several functions of holding a candle and catching falling wax. Arms of the chandelier of more expensive materials (bronze, brass, porcelain, etc.) in Western Europe usually have a sconce and a drip pan to catch falling wax. Arms of the chandeliers that terminate with bowls, as in the afore-mentioned example, are more typical of chandeliers made by a local craftsman of thin copper or other metal.

A wreath with acanthus leaves holds a chain on top attached to each arm. It should be noted that the metal colour of the crown and bowls (sconces) is slightly lighter than the frame of the chandelier. There is also a difference in the precision of the performance, so the afore-mentioned perished details are likely remade.

Sigitas Domarkas restored the chandelier that was in very poor condition in the Pranas Gudynas Restoration Centre in 1984. Broken lily leaves were restored, and abundant corrosion was removed [5].