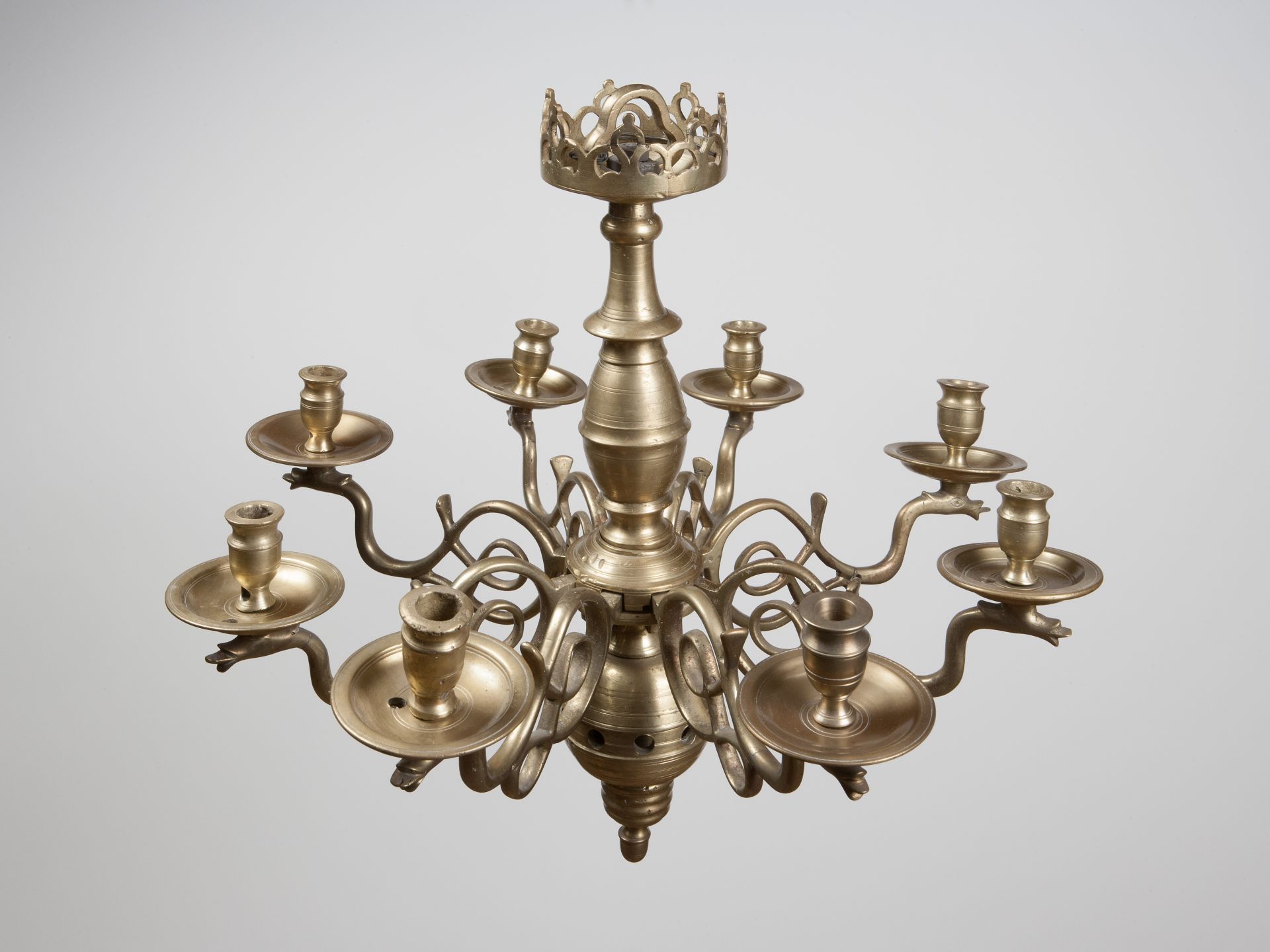 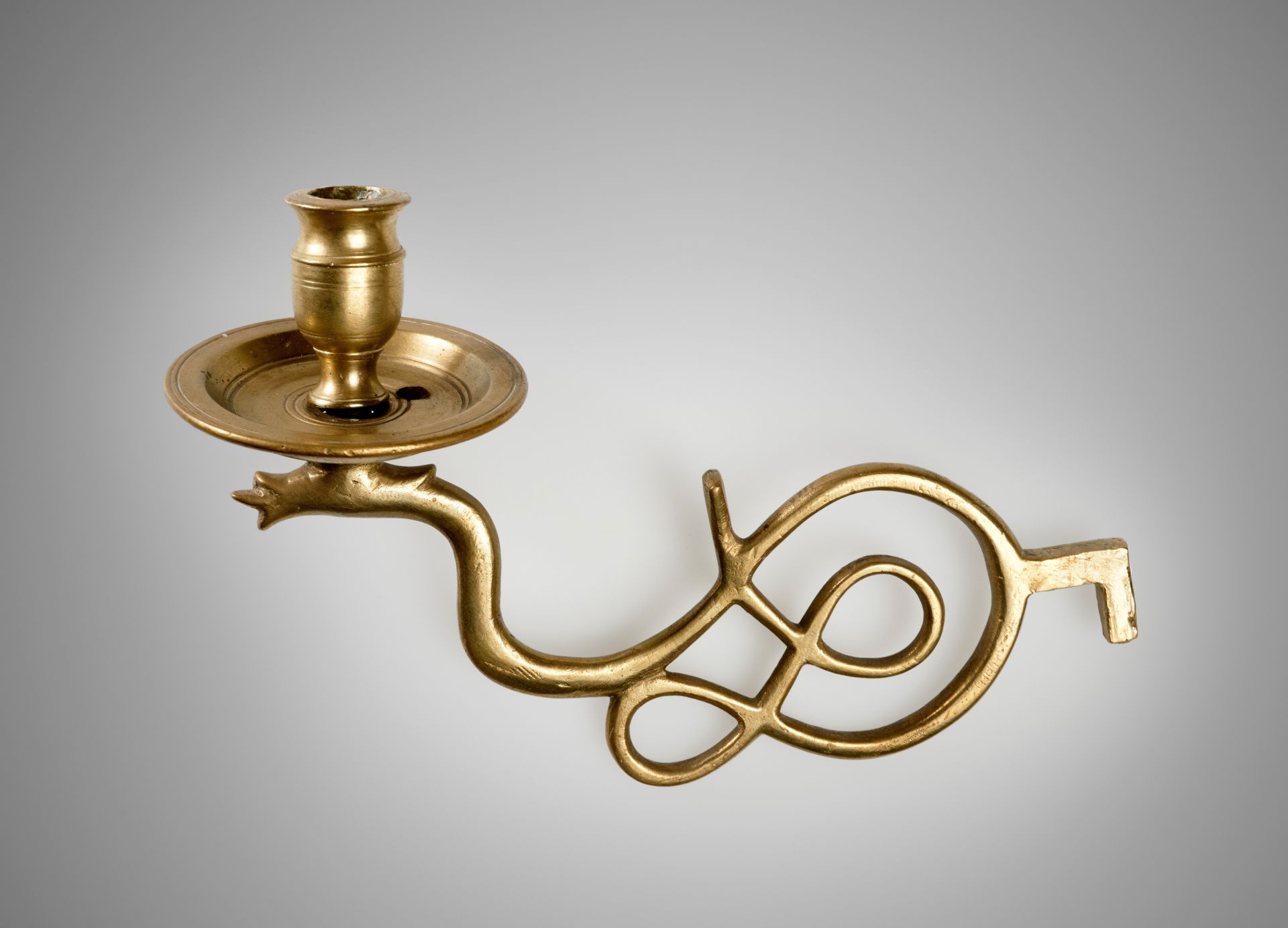 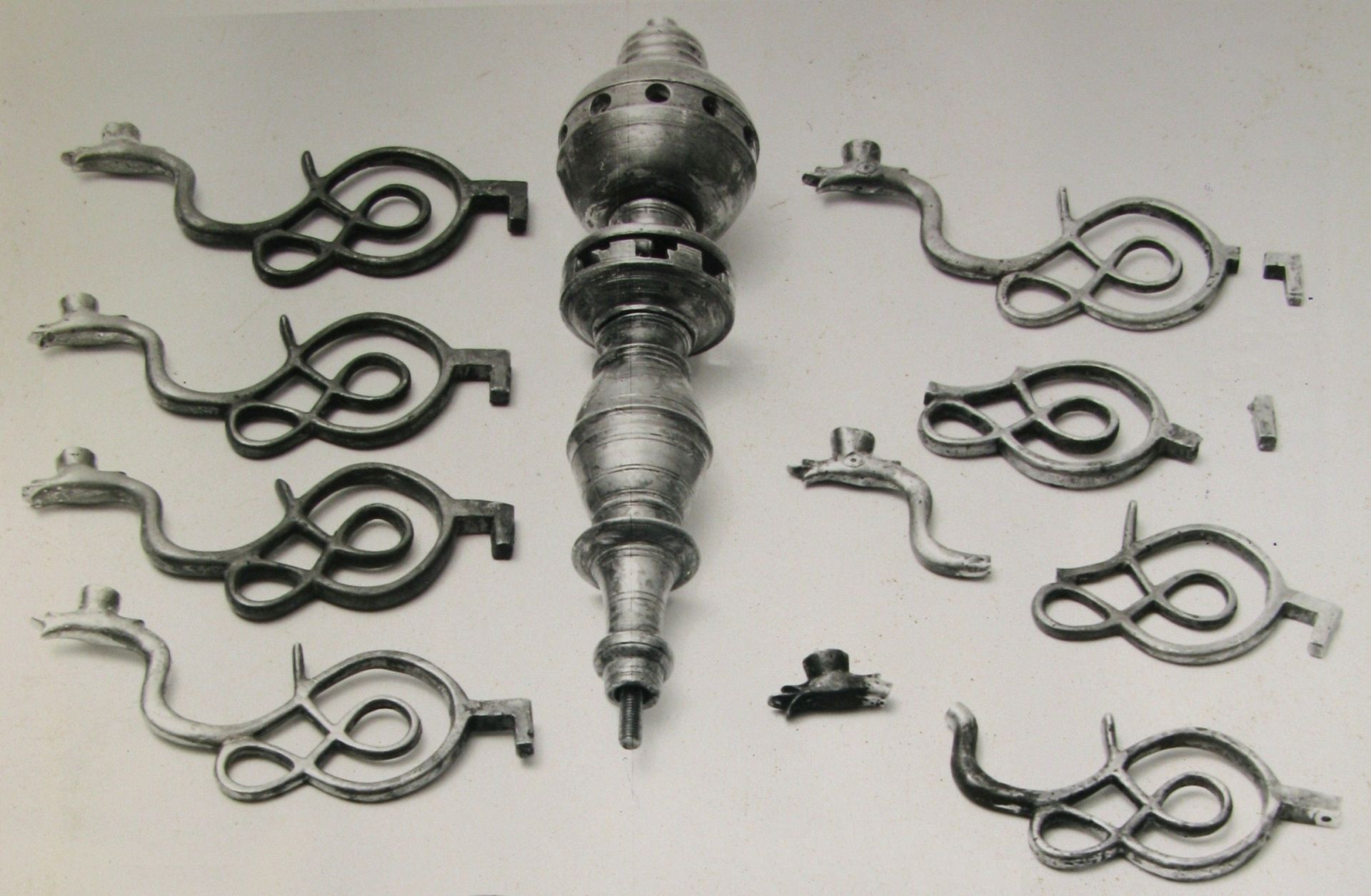 The small hung multi-arm bronze chandelier of warm yellow colour belongs to the baluster type. At the top of the stem is an openwork crown that covers a trefoil suspension hoop. At the middle of the stem is a round “box” meant for inserting the arms, and a small orb finial is at the base. Importantly, the stems of the Gothic chandeliers most often had a faceted downward spire, the Renaissance ones were baluster-shaped and sometimes had a lion’s head at the base, and in the early 17th century in the Netherlands, and later all around Europe, chandeliers with a polished larger or smaller orb finial at the base were made. The finial of the chandelier held at the LDM is small, as if “undeveloped”, thus the chandelier can be dated to the 17th century. There are ten round holes in the middle. Upon a closer look, it can be seen that they were not bored but cast while shaping the finial. So far their function is not exactly clear. The chandelier with serpent arms held at the LDM was conserved by Sigitas Domarkas at the Pranas Gudynas Centre for Restoration in 1984. Four broken arms were repaired, lost drip pans and sconces for candles were restored. The museum has no data as to where the chandelier originally hung.

An almost identical chandelier can be seen in the photograph of the Valkininkai synagogue. An important fact is that its orb finial at the bottom of the stem also has holes, but the shape of the stem and the number of arms are different.

Motif of an elegantly coiled snake on chandelier arms should be related to Hans Rogiers, a founder who worked in Amsterdam in 1598–1638. More about this read here.

This rare chandelier is distinguished by artistic and historical value and is one of the most valuable wares in Lithuania and Europe. Referring to research data of foreign historians and surviving iconographic material, it is obvious that chandeliers with symbolic serpent arms were not specially meant for interiors of a single specific type, but were used in different sacral and secular, public and private interiors both in the Netherlands and in Lithuania.