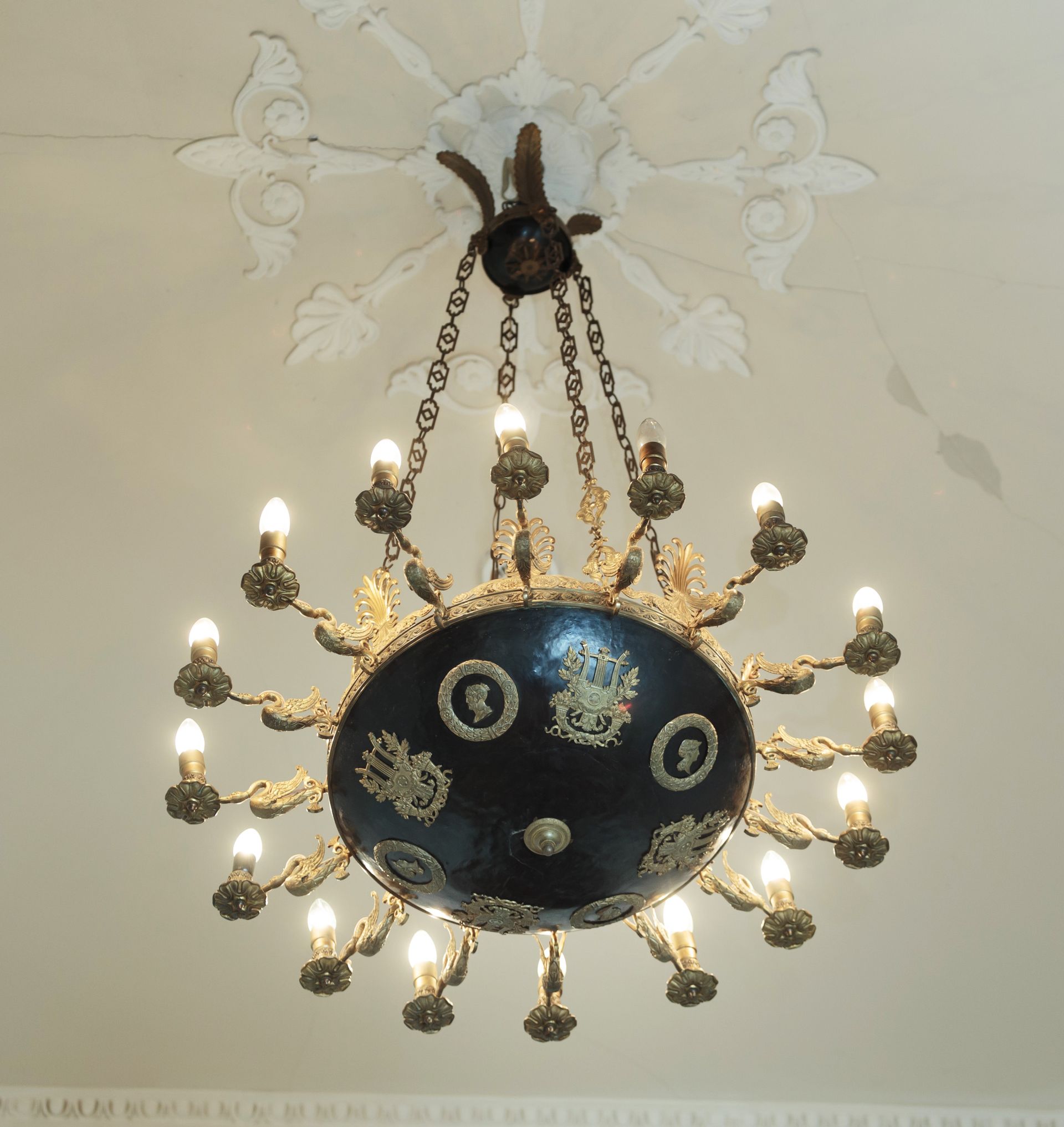 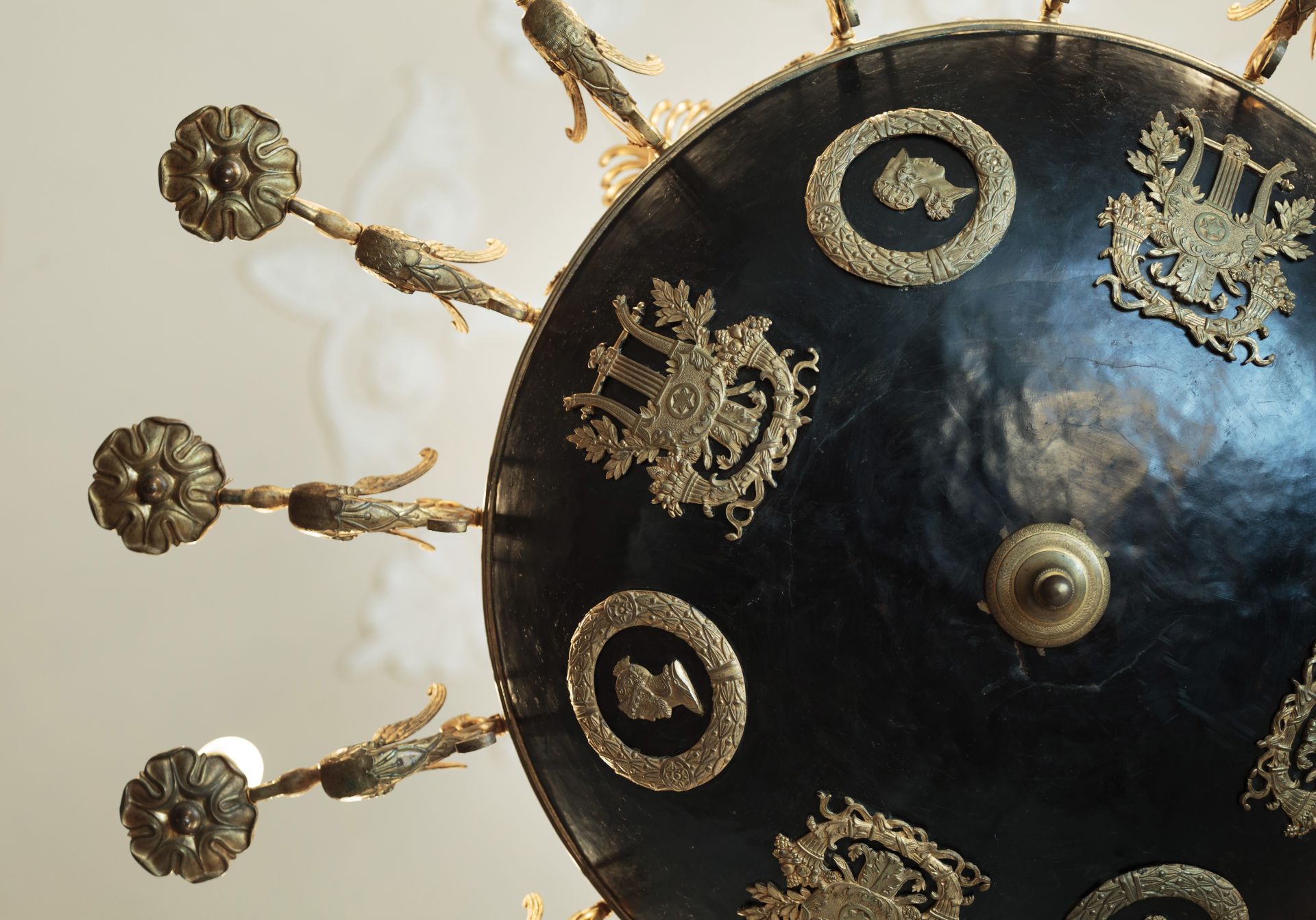 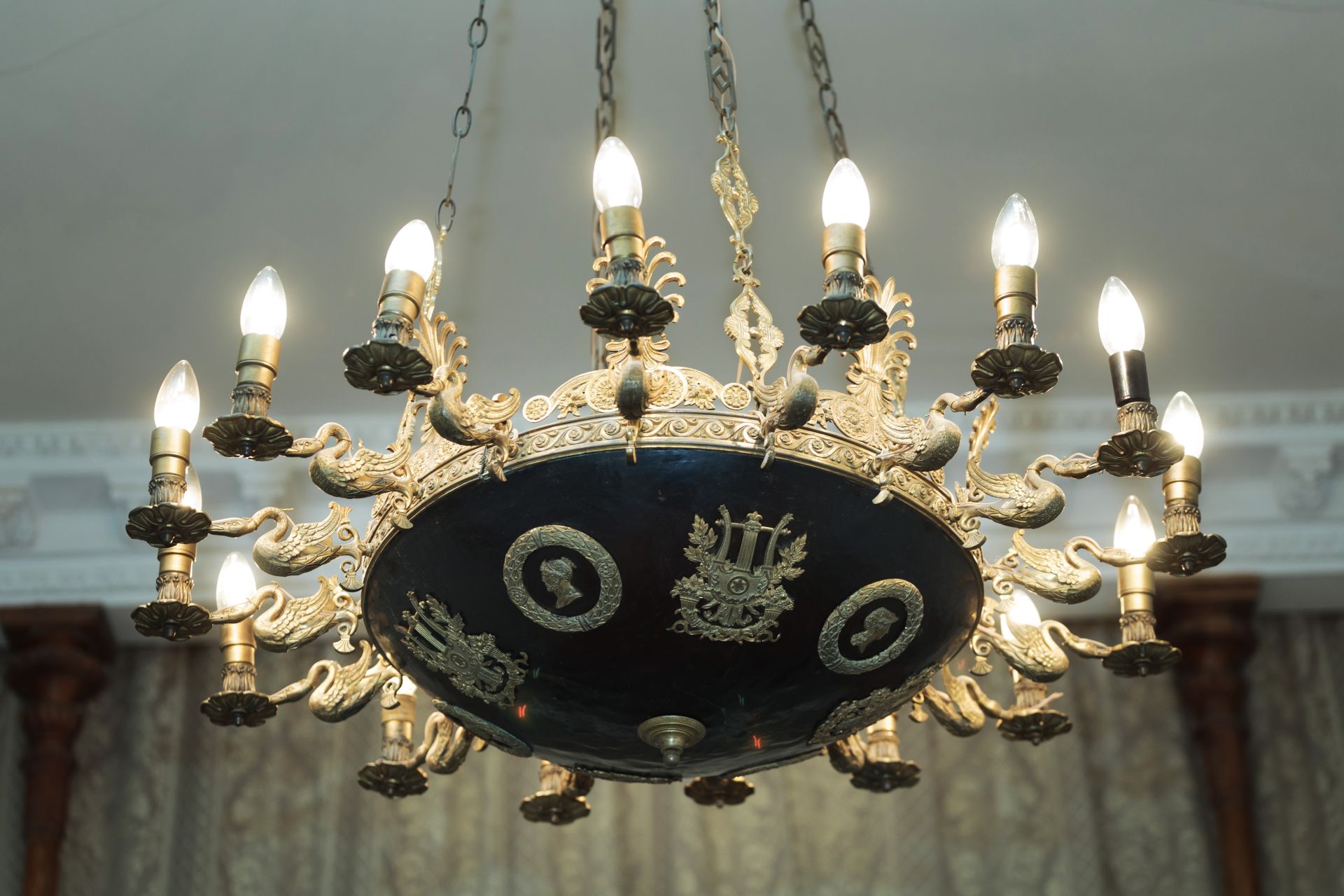 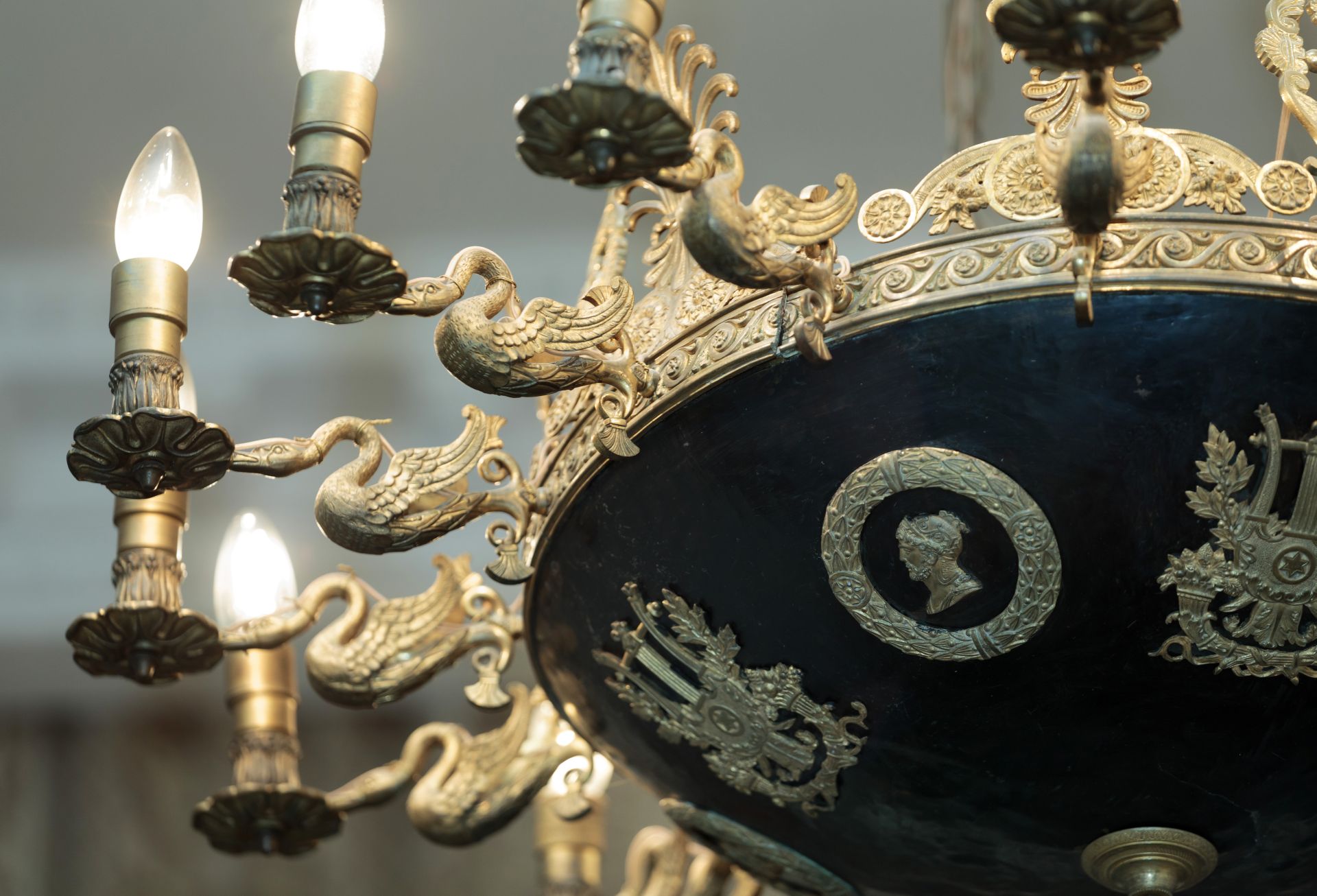 A dishlight chandelier of the Empire style decorates the staircase of the Vilnius Picture Gallery. Dishlight is a rare type of chandeliers that appeared along with the revival of antique art in the late 18th century [1].

The chandelier consists of a rosette at the top, four chains and a bowl with 16 arms. A small black dish forms the upper rosette. The edges are decorated with four lion heads and oblong acanthus leaves above them. Downwardly sloping decorative chains are fixed in the lions' jaws. A gilded ornamented tracery band with palmettes girds a dish of the chandelier. Sixteen swan-shaped arms are attached to this band. In their beaks, they hold ring-shaped drip pans with sconces. Decorative cast parts adorn the black painted dish: lyres with cornucopia and heads in the laurel wreaths of the ancient Greek wisdom and war goddess Athena (owl symbol is seen on the helmet) and god of war Ares.

In 1973, photograph Jonas Šaparauskas had documented not electrified chandelier hanging in the Vilnius Town Hall (the Lithuanian Art Museum operated in the building during 1941–1996). The ware is not unique because almost identical hanging chandelier was found at the 1stdibs online junk store. It is a typical ware in Europe of the late 18th century – first quarter of the 19th century. However, it is a rare and typologically valuable item in the context of Lithuanian lighting equipment.