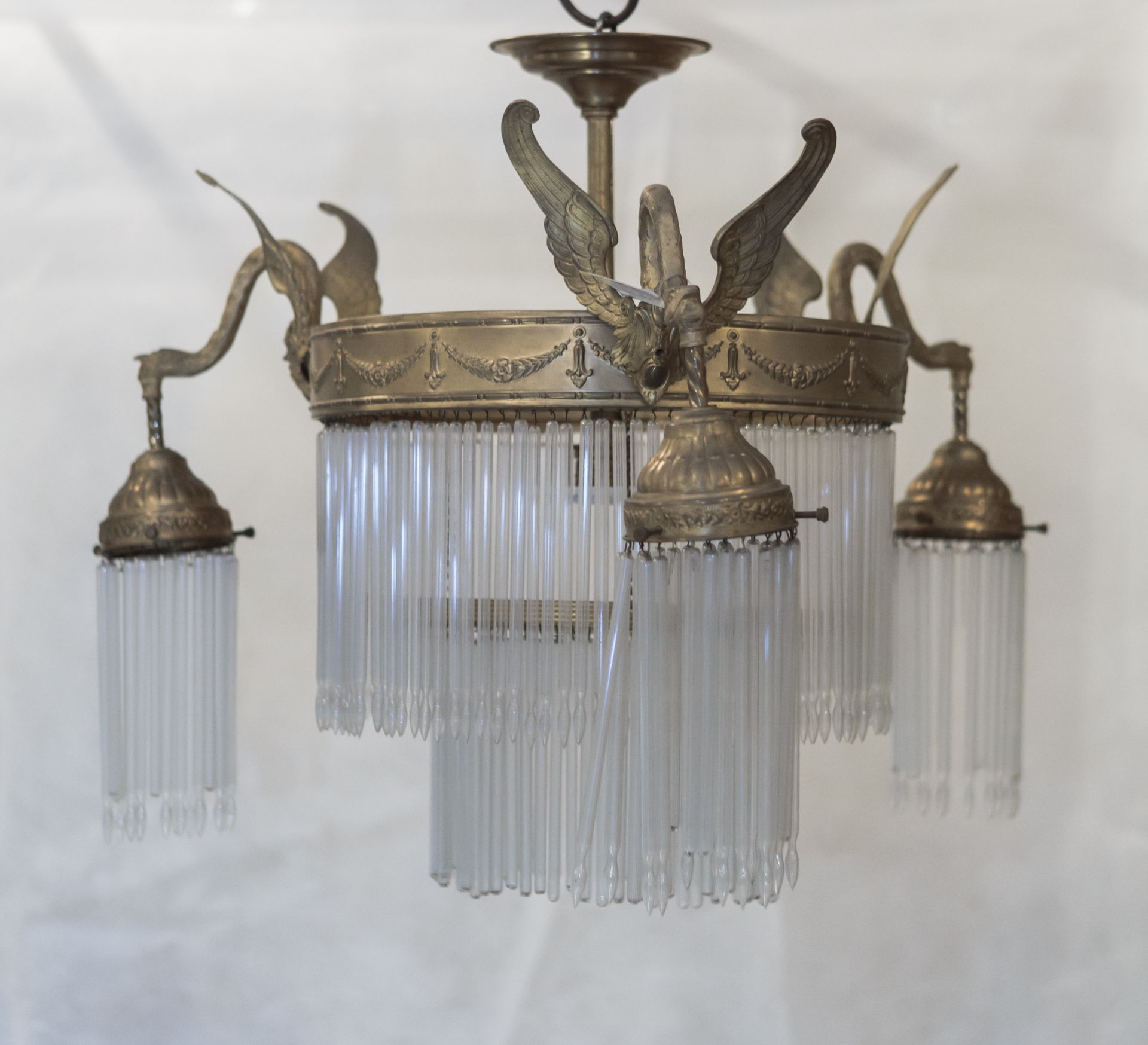 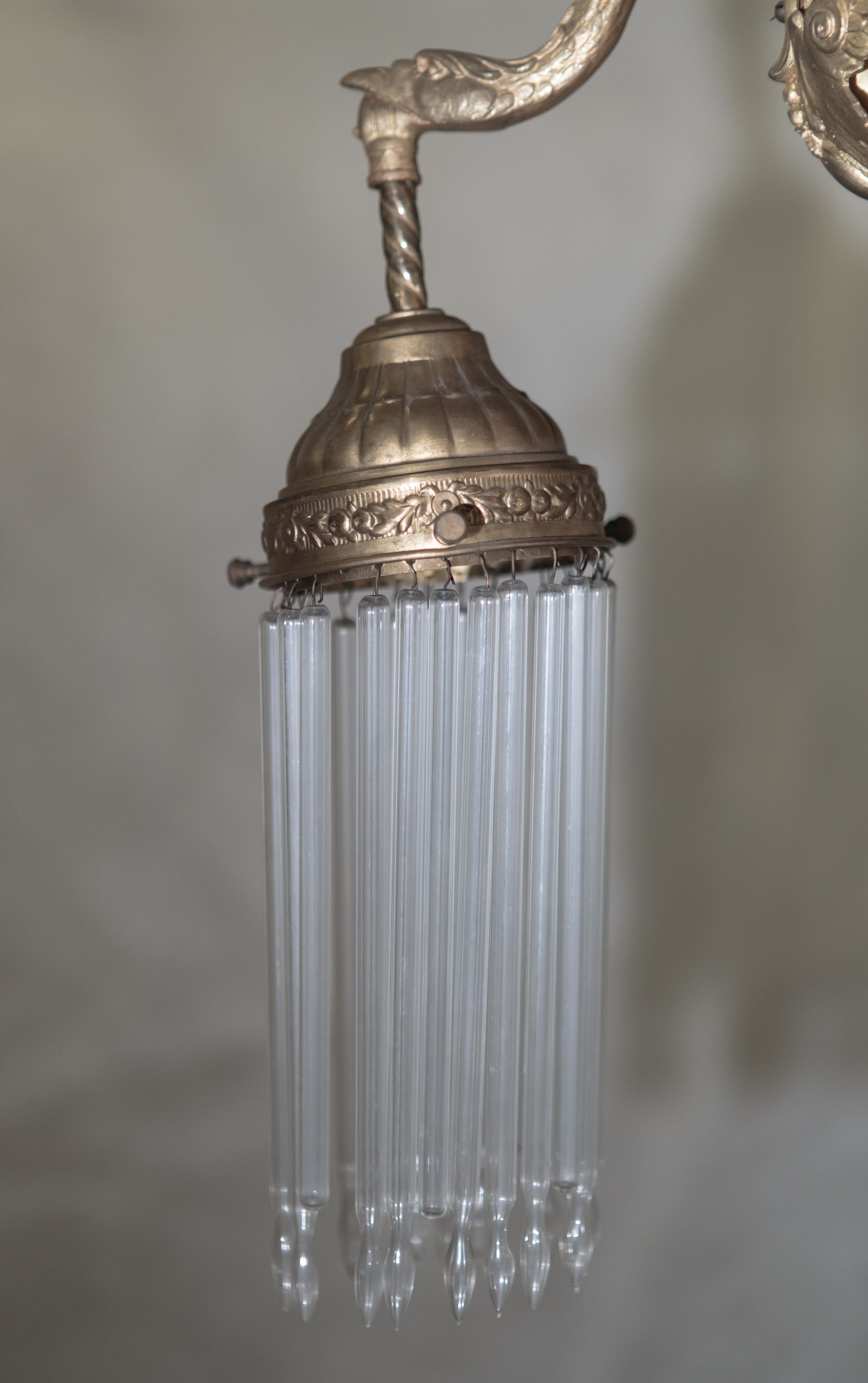 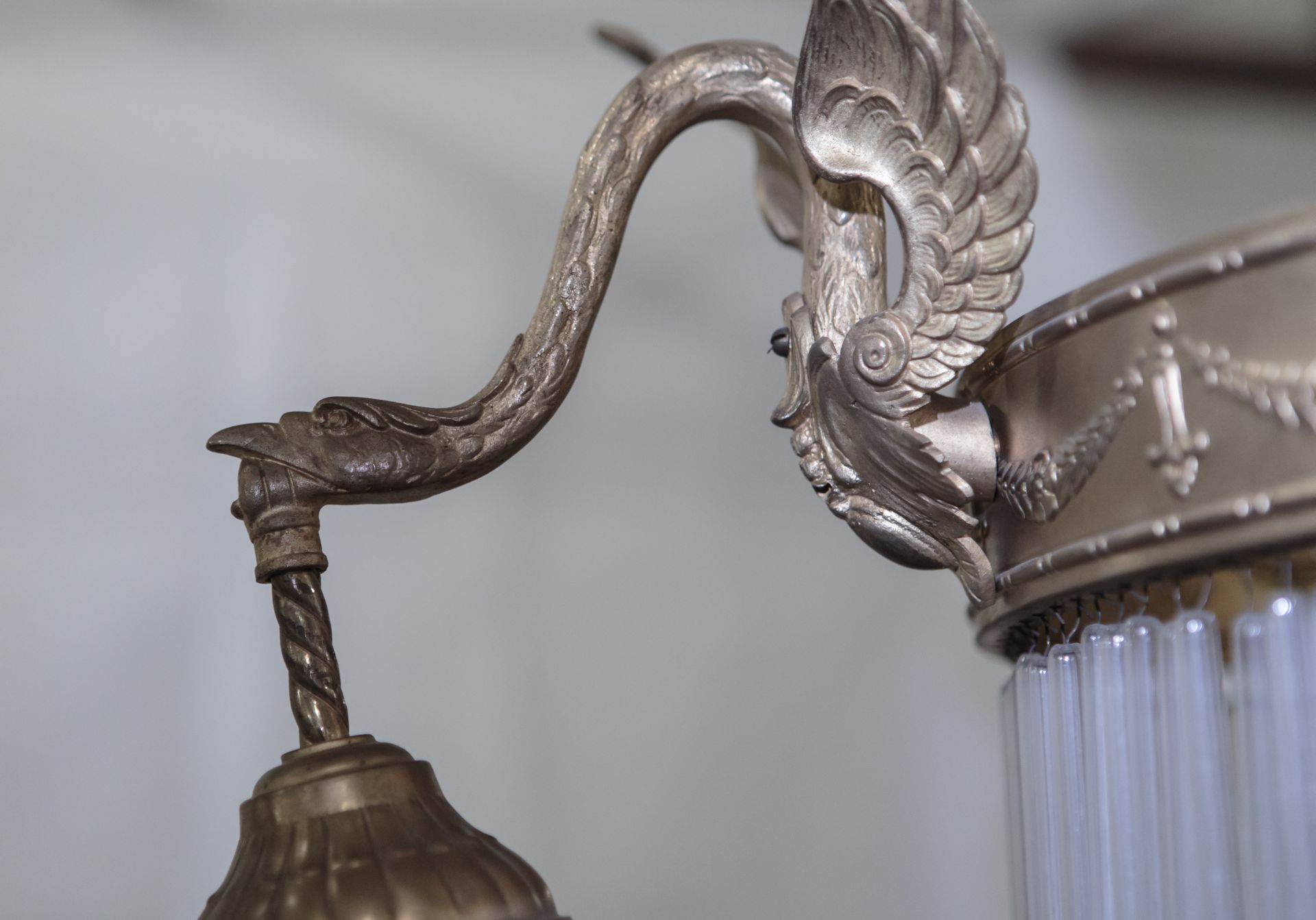 The stylish chandelier produced in the early 20th century conveys the fashion that prevailed at the turn of the century. Repoussed garlands of flowers and cast details of swans convey the neo-Empire echoes. The use of glass tubes creates the impression of lightness and multilayer, while vertical lines testify the establishment of art nouveau style.

The chandelier is designed for light bulbs. Three arms of the chandelier represent the form of swans with raised wings. The bell-shaped caps with sockets for electric bulbs fitted beneath are downwardly sloping from their beaks. Bails with a garland of thin glass tubes are mounted on the inner side of the caps' edges.  At the centre of the ring, a fourth light bulb was installed behind the double tube garland. A rather short stem indicates that the chandelier hung in a room with a not very high ceiling.

The Arvid Bӧhlmarks lamp factory in Stockholm (operating since 1872) offered buyers a similar chandelier. The chandelier designed by the company in 1912 was presented in the factory catalogue of 1937.

The small chandelier is a typical European industrial product manufactured in the late 19th – early 20th century. This valuable chandelier typologically complements the representation of art nouveau chandeliers that have survived in Lithuania.