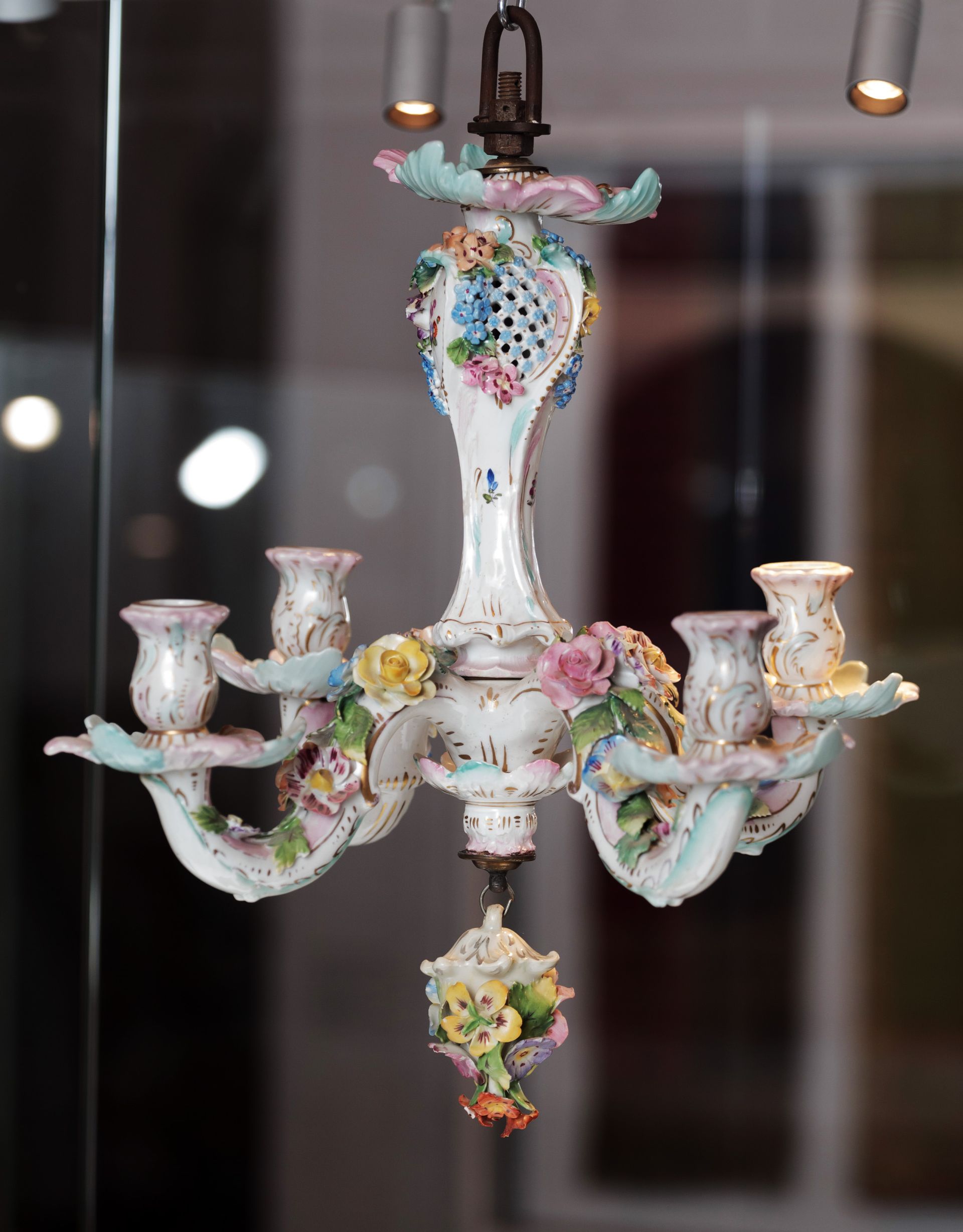 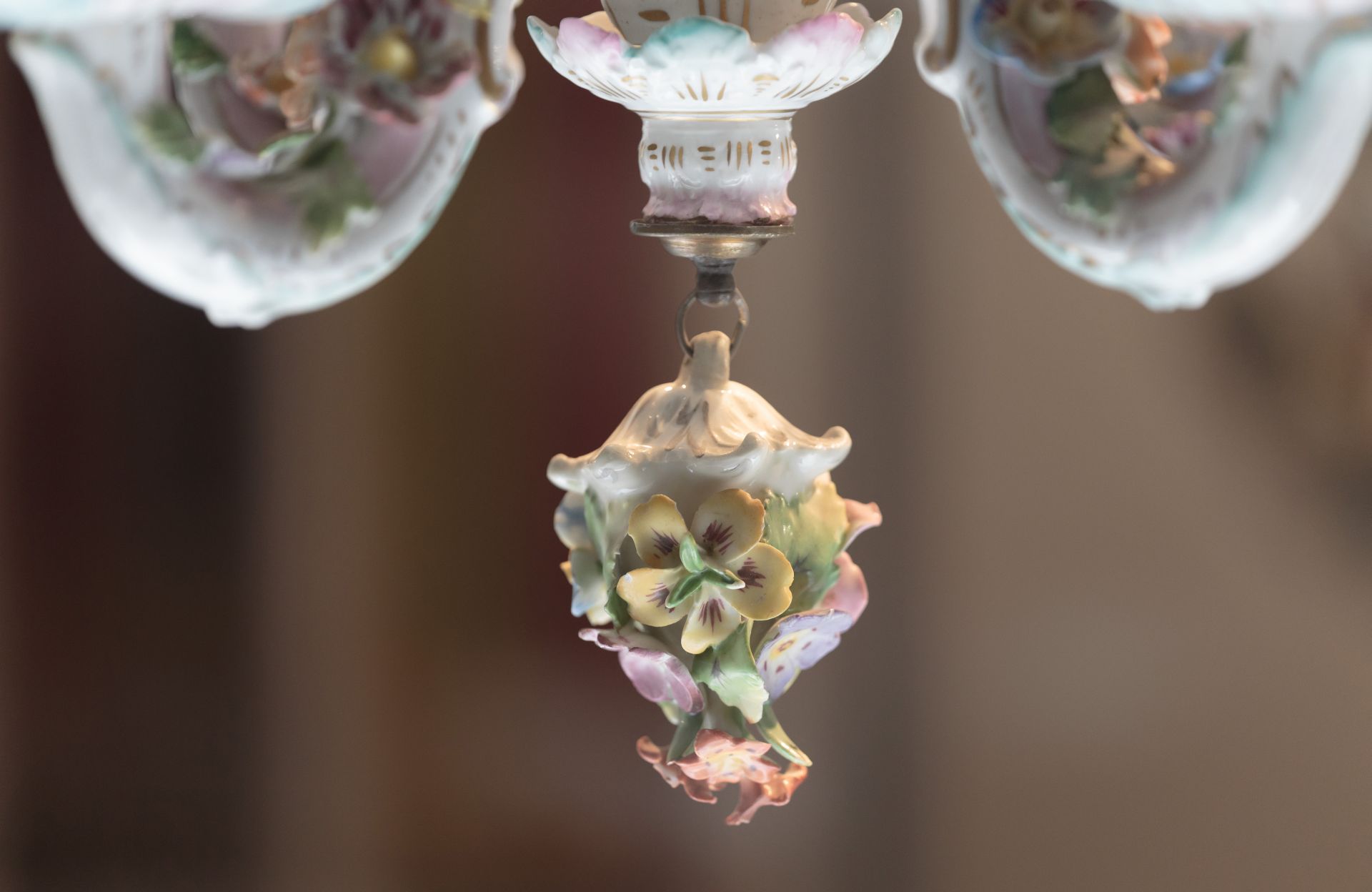 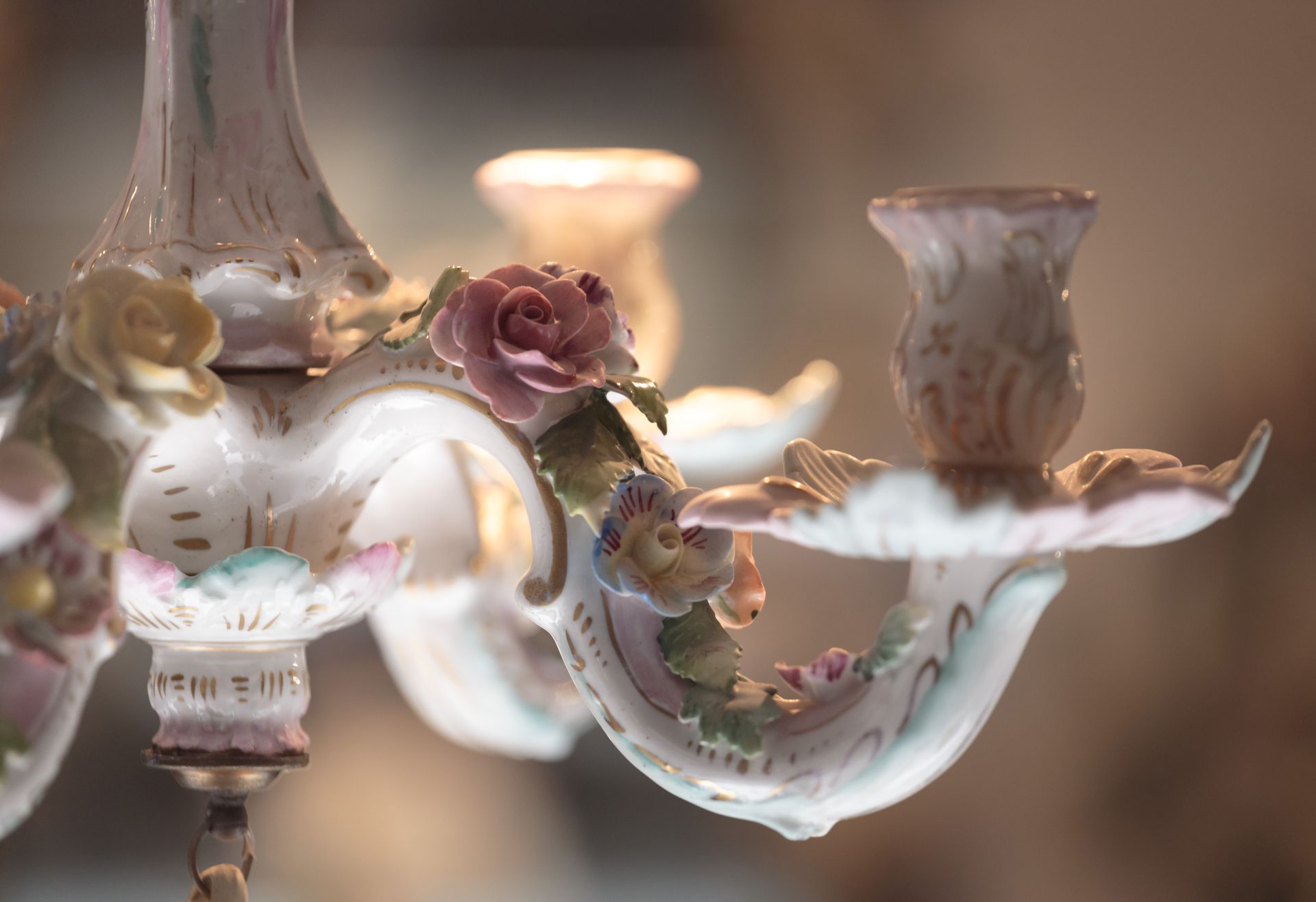 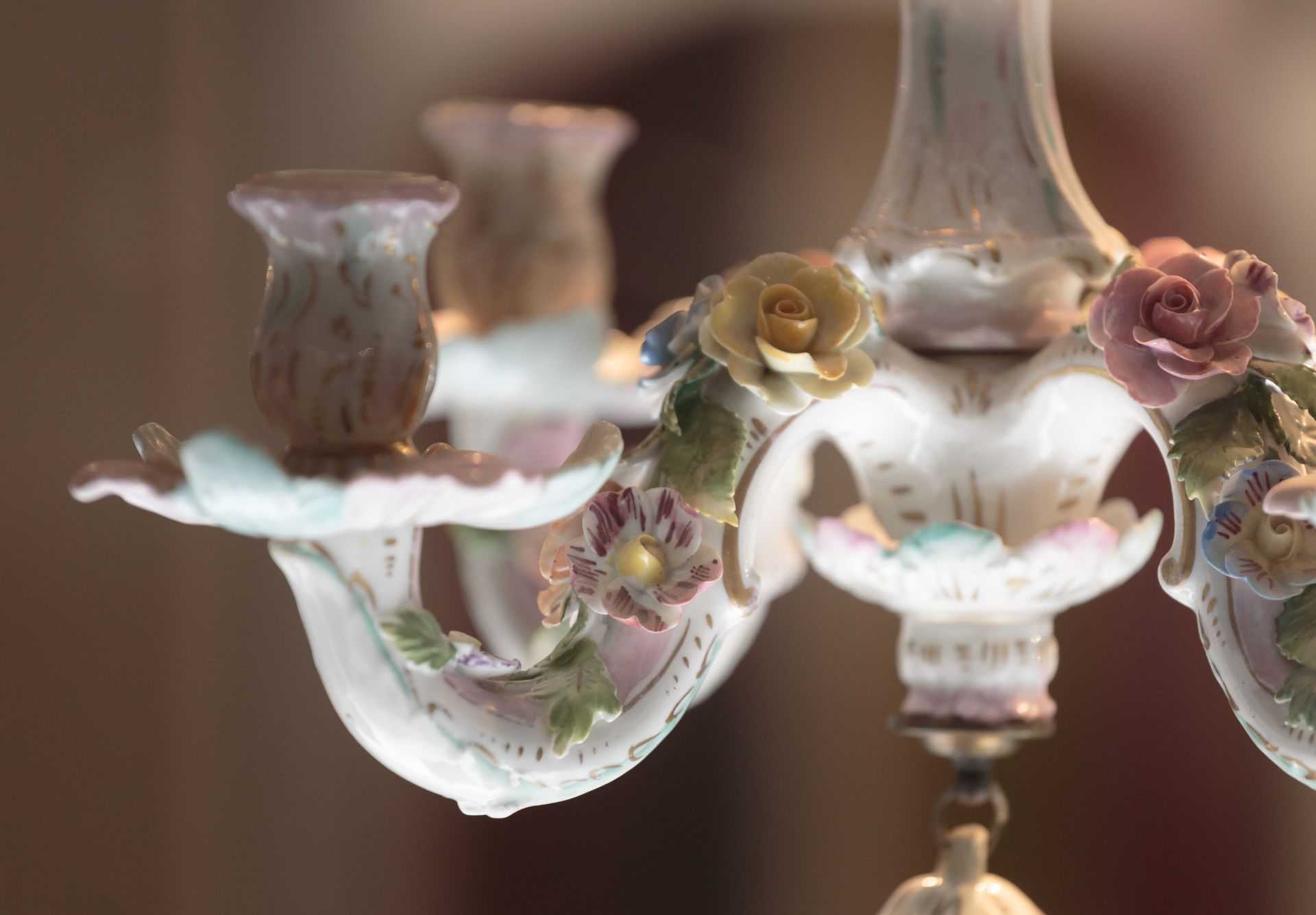 In the 18th century, in addition to traditional materials (metal, glass, crystal), porcelain had been used to produce candlesticks and chandeliers. Saxon masters Ehrenfried Walther von Tschirnhaus (1651–1708) and Johann Friedrich Böttger (1682–1719) are the pioneers of this material in Europe. At the early 18th century, they have made European porcelain for the first time.

In the mid-18th century, porcelain chandeliers produced the famous Meissen Workshop (East Germany, functioned from 1710), the Capodimonte Porcelain Workshop in Naples (Italy, founded in 1743) and the Sèvres Royal Porcelain Workshop (France, operated from 1756). In the mid-18th – 19th century, chandeliers were produced entirely made (stems, arms and candlesticks) of porcelain as well as metal chandeliers with mounted small porcelain flower blossoms and tin leaves. They were particularly prevalent in Italy and France, and the remaining examples are preserved in the most famous museums in the world (The Metropolitan Museum of Art).

A small porcelain chandelier preserved in the Lithuanian National Museum of Art belongs to a stem type. Casual and playful neo-rococo style prevails in the chandelier. Rosette at the top of the stem and a drip pan to hold the wax are light pink and cerulean with irregularly cut edges. The stem is upside-down vase-shaped and slightly quadrilateral on the top. Two of his sides carved with a trellis ornament, the other two painted with flower blossoms. Stem, egg-size pendant beneath and four S-shaped arms are decorated with modelled blossoms of roses, forget-me-not, violas and chamomiles.

The chandelier probably decorated the interior of a Lithuanian manor or rich residence in the city. There is no doubt that there were more chandeliers of this fragile material in Lithuanian manors. According to iconographic sources, a porcelain dishlight chandelier hung in the house of Alanta manor (built in the mid-19th century). M. K. Čiurlionis National Museum of Art preserves a chandelier (Tt-331) made by the famous Meissen Workshop in Germany in 1900, and the Lithuanian National Museum – three chandeliers (IM-5340, IM-5341, IM-5342) of the 19th century.

A limited number of porcelain chandeliers have survived in Lithuania. Therefore, this article is valuable typologically. A small, restrained yet playful chandelier is imported from European workshops and reveals the diversity of Lithuanian chandelier heritage.