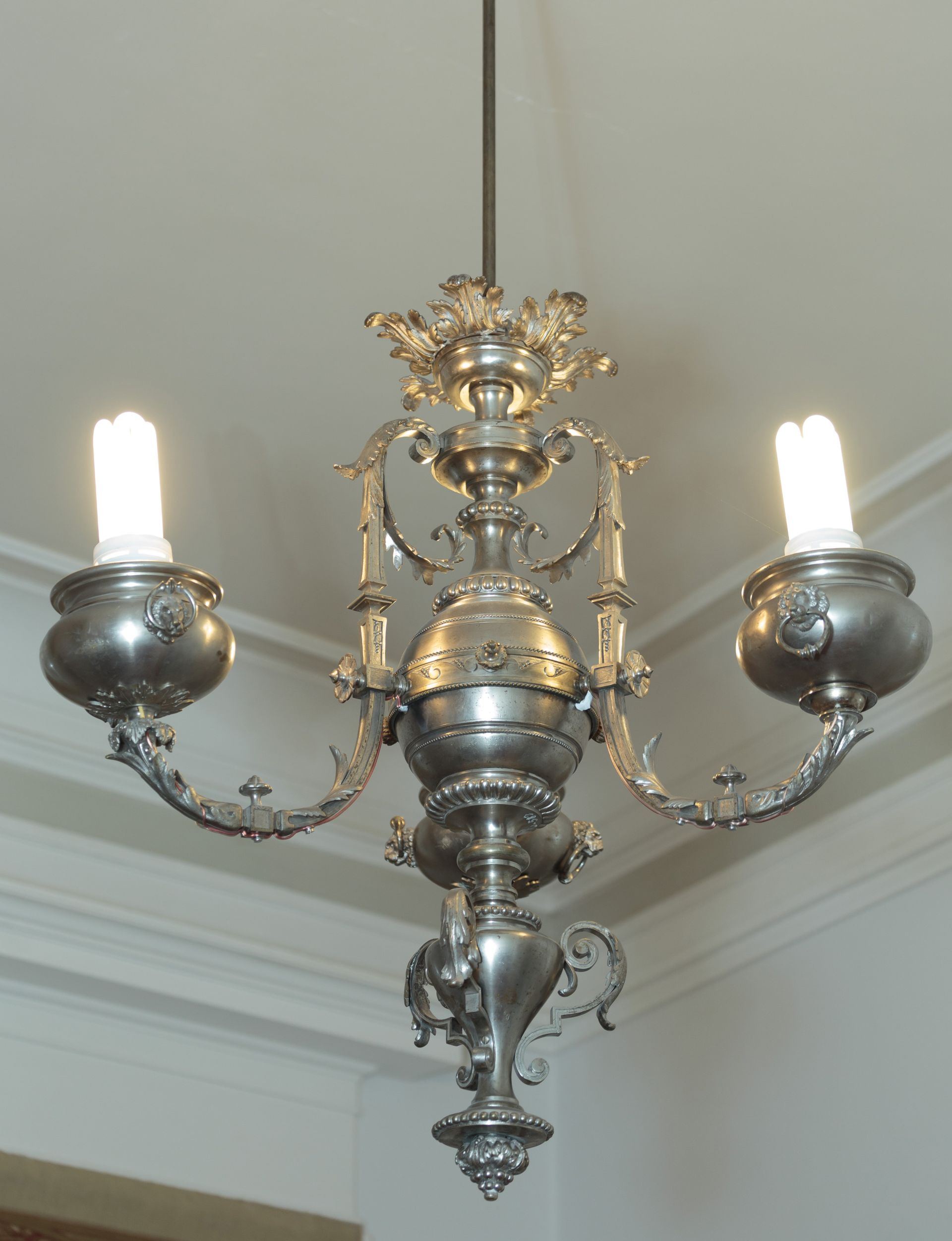 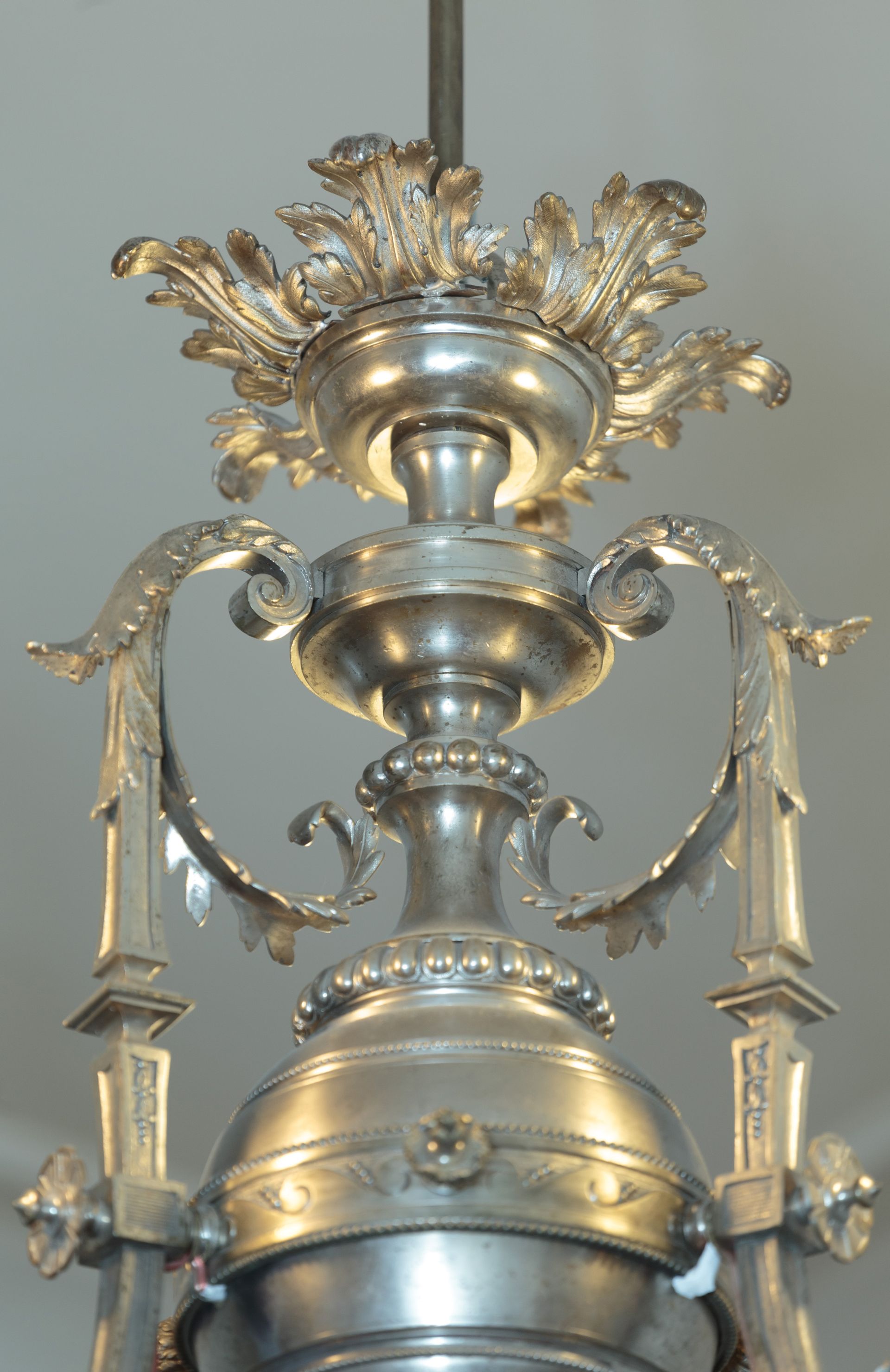 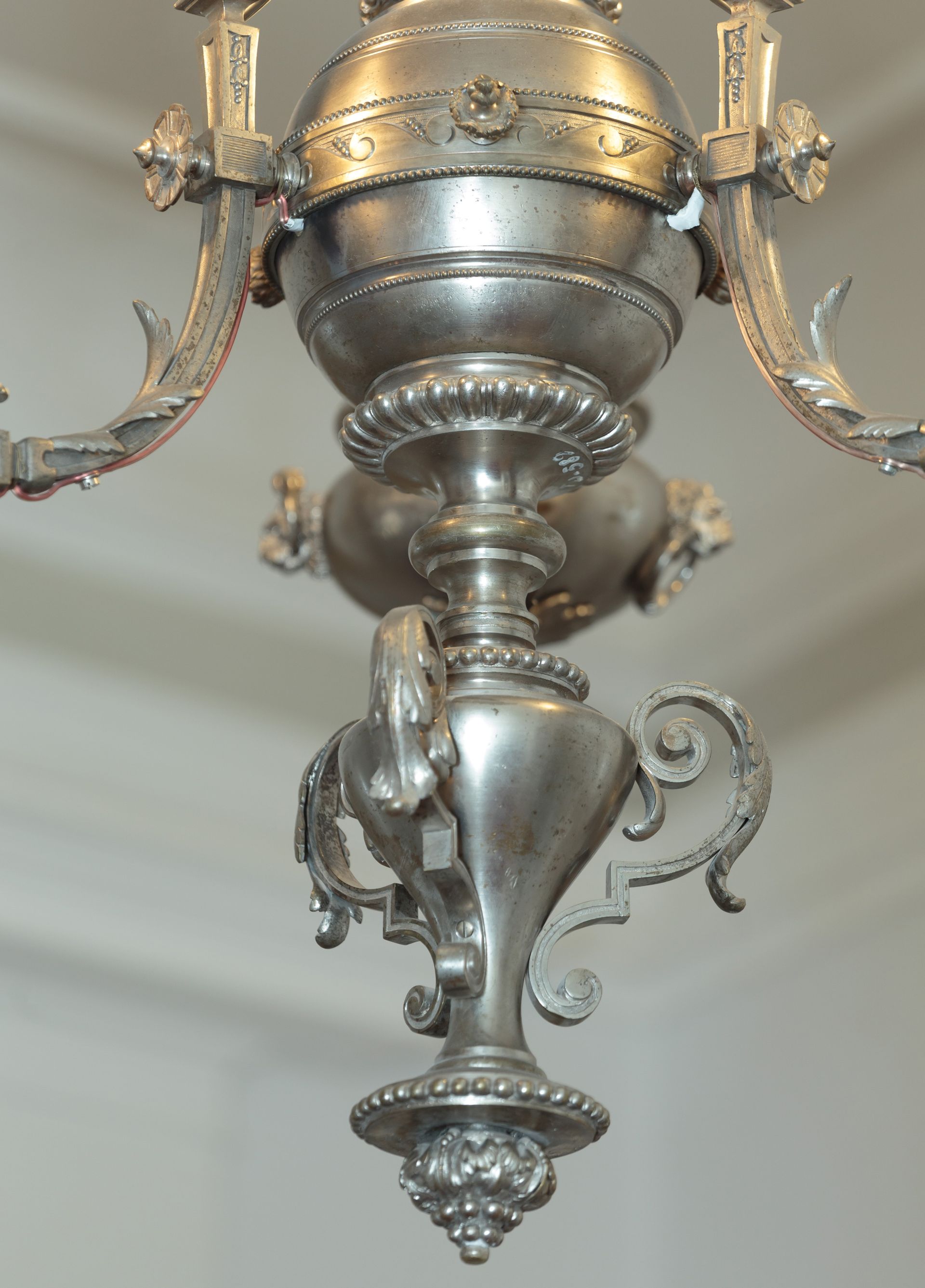 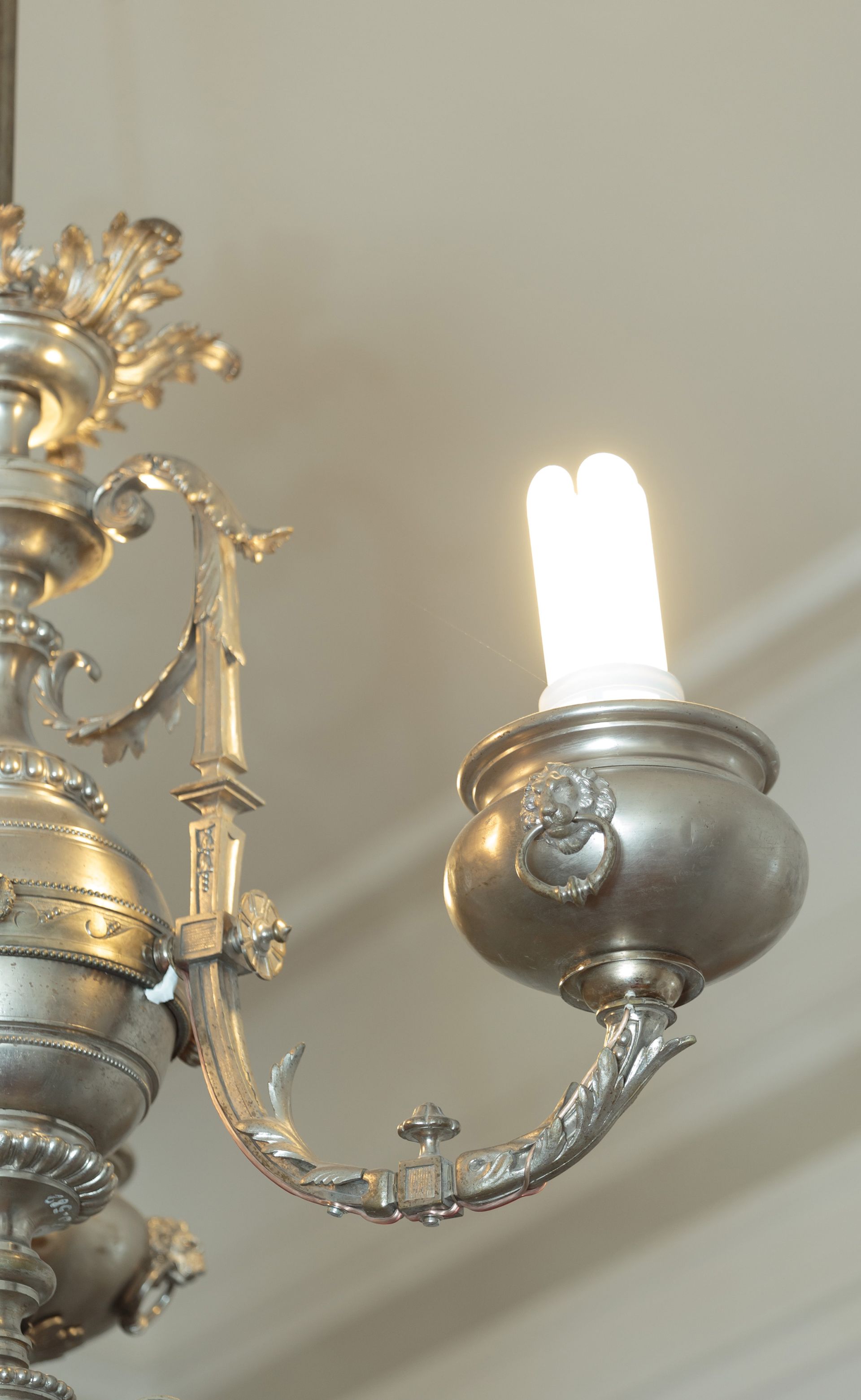 A stem type chandelier hanging at the Vilnius Picture Gallery is made up of a baluster-shaped stem and three arms. Top of the stem is decorated with a rosette of expressive acanthus leaves and a disc with sphere beneath to which three J-shaped arms are attached. They are square, decorated at the terminals with narrow acanthus leaves. A large bowl is mounted at the terminal of each arm. Cast lion heads with blossoms in the jaws decorate their sides. These unusually-looking deep bowls had a practical purpose: a glass cruet for kerosene had to be placed in each of them.

The chandelier was manufactured in the middle or the second part of the 19th century and attributed to the neoclassical style. Although the style of Ludwig XVI (dominated in France in the late 18th century) and Adam (dominated in Great Britain in the second half of the 18th century – the first half of the 19th century) was quite successfully reproduced in the chandelier, the performance of individual details of the chandelier, and especially the nature of their joining, evidence that this is a work of Historicism period.

Due to the type of fuel, material and style, the chandelier protected at the Lithuanian National Museum of Art is valuable typologically. Although the chandelier is produced during the period of mass production, it is quite rare in the context of Lithuanian and European chandelier heritage.