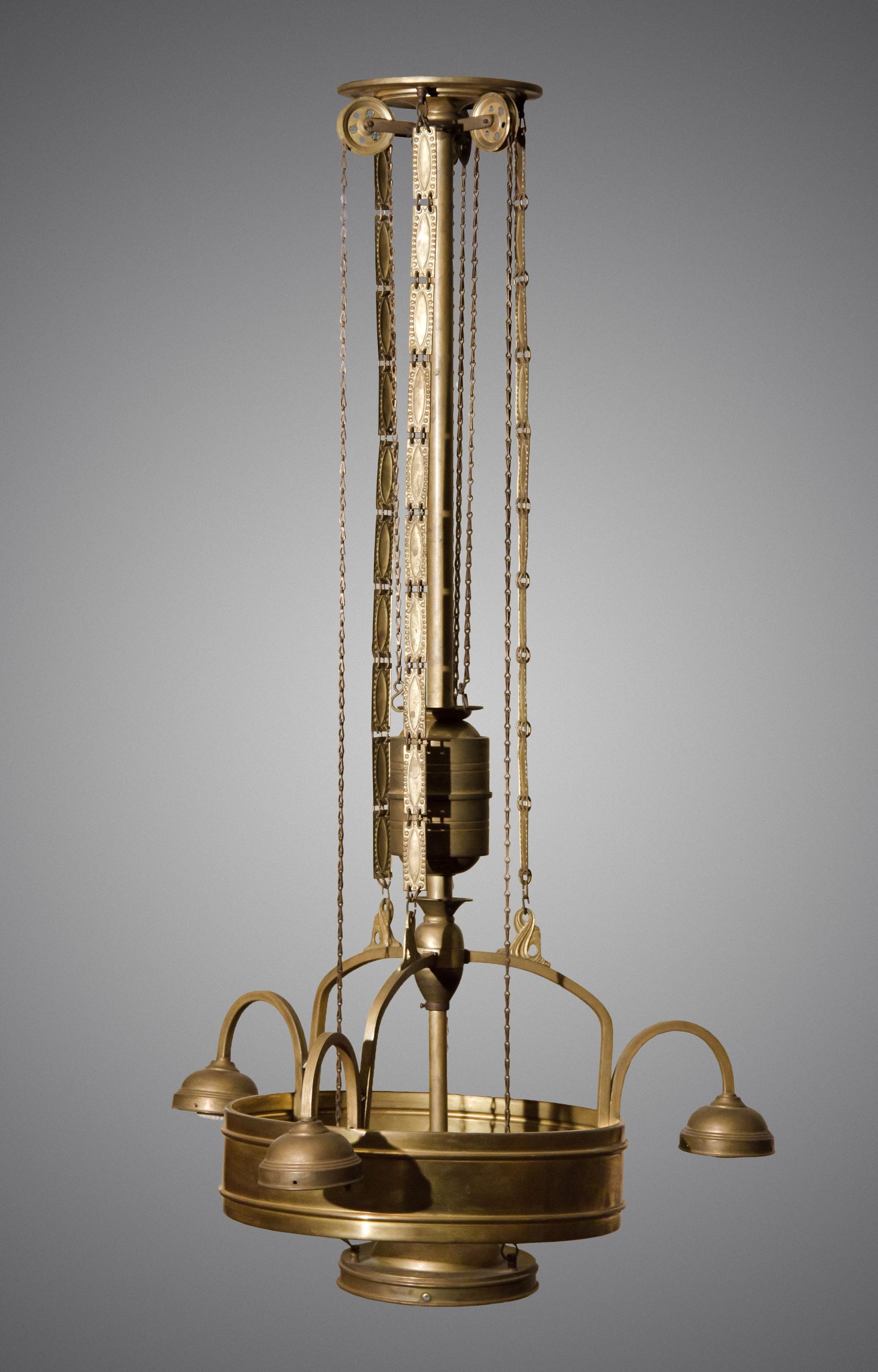 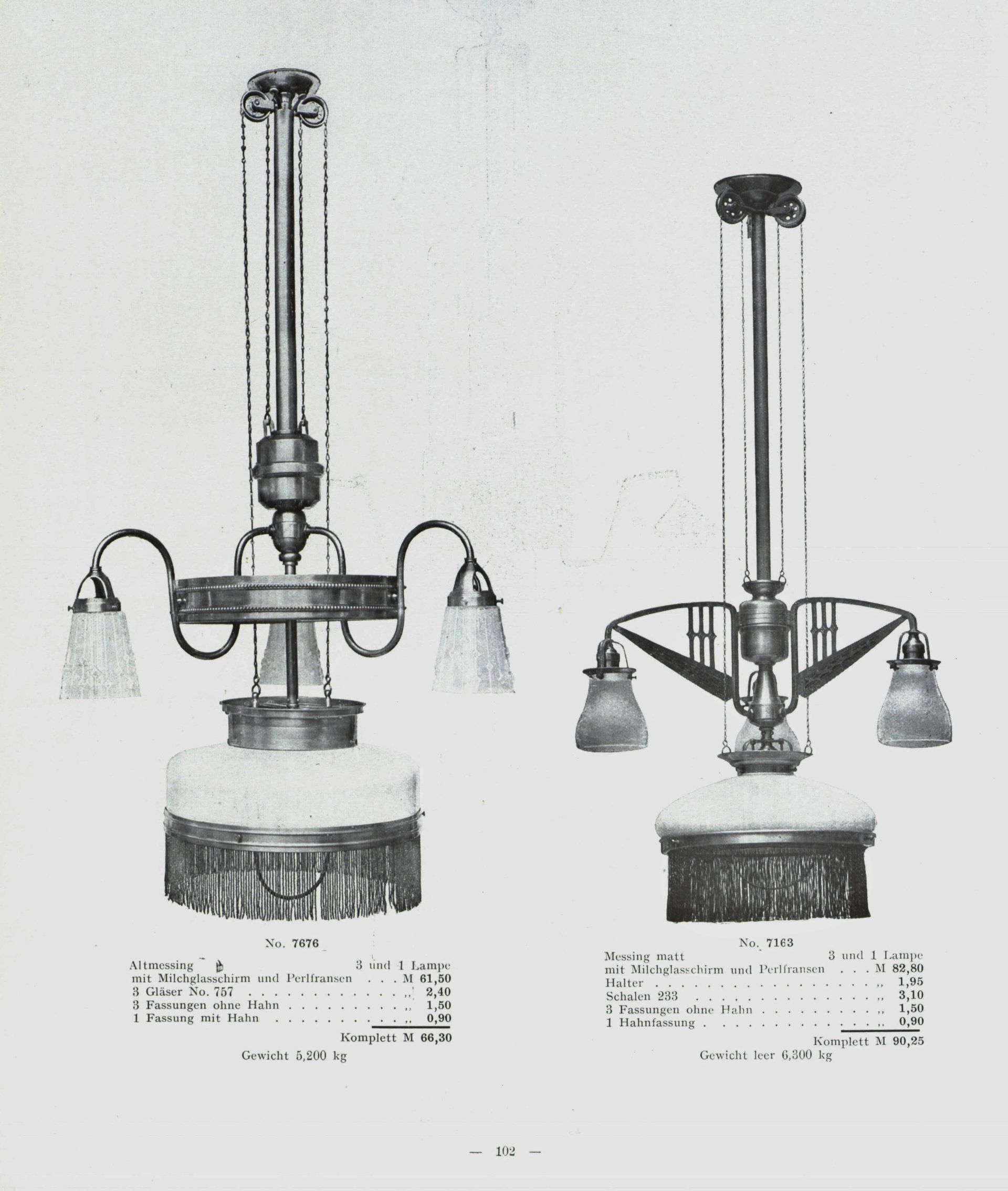 Electric lighting became established in Europe during the art nouveau period in the 1880s–1910s. In each country, the art nouveau style is named differently: Jugendstil in Germany, secession in Austria, modern in Spain and stile liberty in Italy. Organic, plastic and curved forms, as well as coloured glass inserts, characterise the hanging chandeliers of the art nouveau style. Surfaces are decorated with floating flexible lines that combined with stylised figure motifs of flowers, leaves, birds and females. However, in some European countries, the expression of this style was less plastic but more geometricised. The mentioned stylistics is seen in the chandeliers produced in Germany and Austria. This evidences the catalogue of an unknown* lightning factory (Beleuchtungskörper in German) of 1910 deposited at the Wroblewski Library of the Lithuanian Academy of Sciences: thin tubes or downwardly wires in the chandeliers mainly form straight lines with a broad, moderately decorated, band.

The chandelier from the Lithuanian National Museum of Art, like most other similar chandeliers, has no makerʼs marks that indicate the workshop or the country of origin. According to the longitudinal vertical composition, minimal décor and high quality, the chandelier was likely produced in Germany. The main tube-shaped stem beneath terminates with a bowl-shaped detail and a socket for the electric bulb. In the past, it had a glass hood. Unfortunately, the hood did not survive. Based on similar examples in the Beleuchtungskörper catalogue of 1910, a hood in the lower part could have been quite wide, perhaps even with a metal strip or tassels. The stem of the chandelier is equipped with height adjusters. Therefore, the underneath light source could be lowered or raised as needed. The ring of the chandelier with three arms hangs on chains. They consist of repoussed tin plates that are thread beneath in the loops of floating lines of the art nouveau style.

In Lithuania, most survived chandeliers belong to the constructive art nouveau or just art nouveau style. In the context of Lithuanian chandeliers, the discussed chandelier is valuable as a well-designed article of industrial production of the early 20th century.