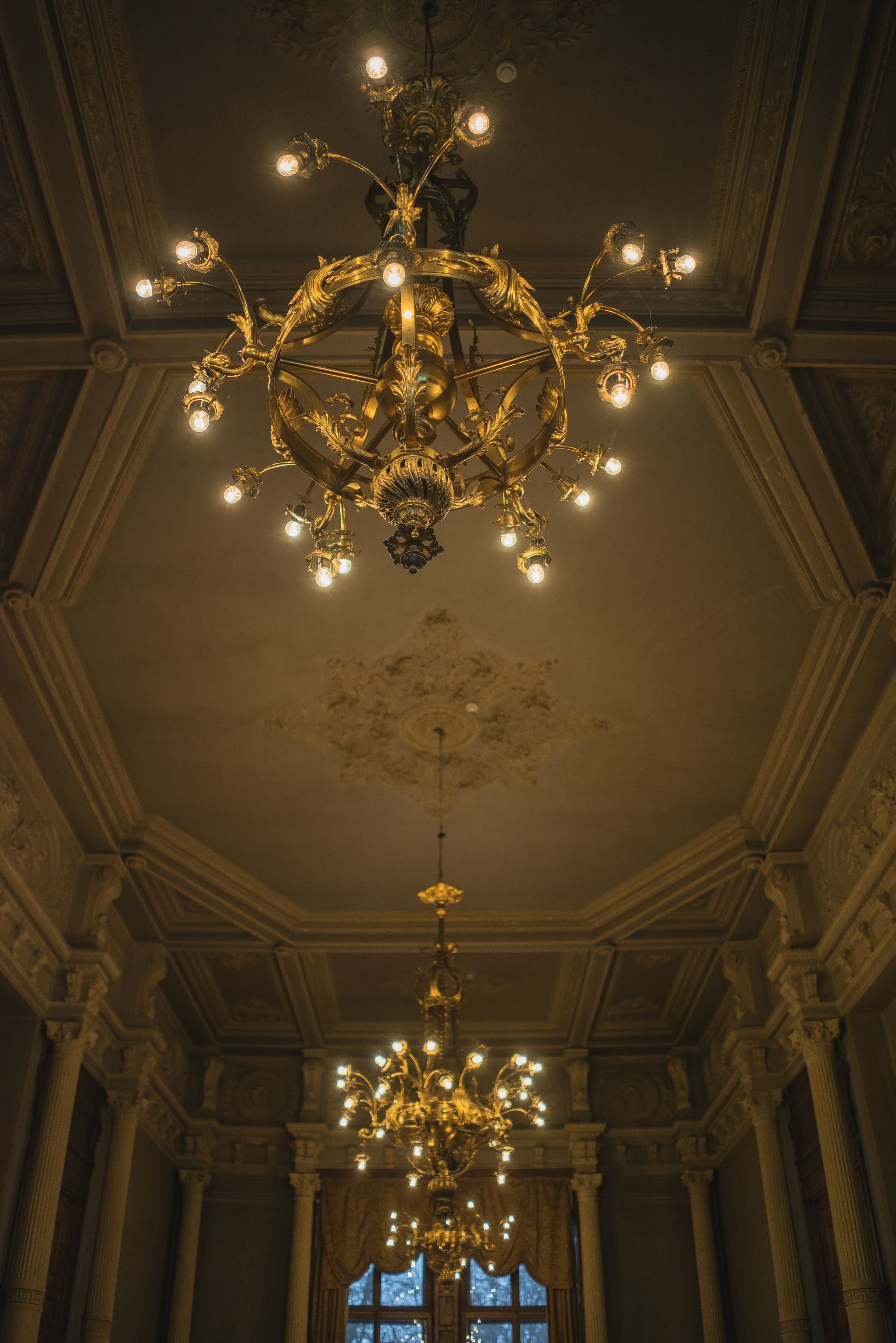 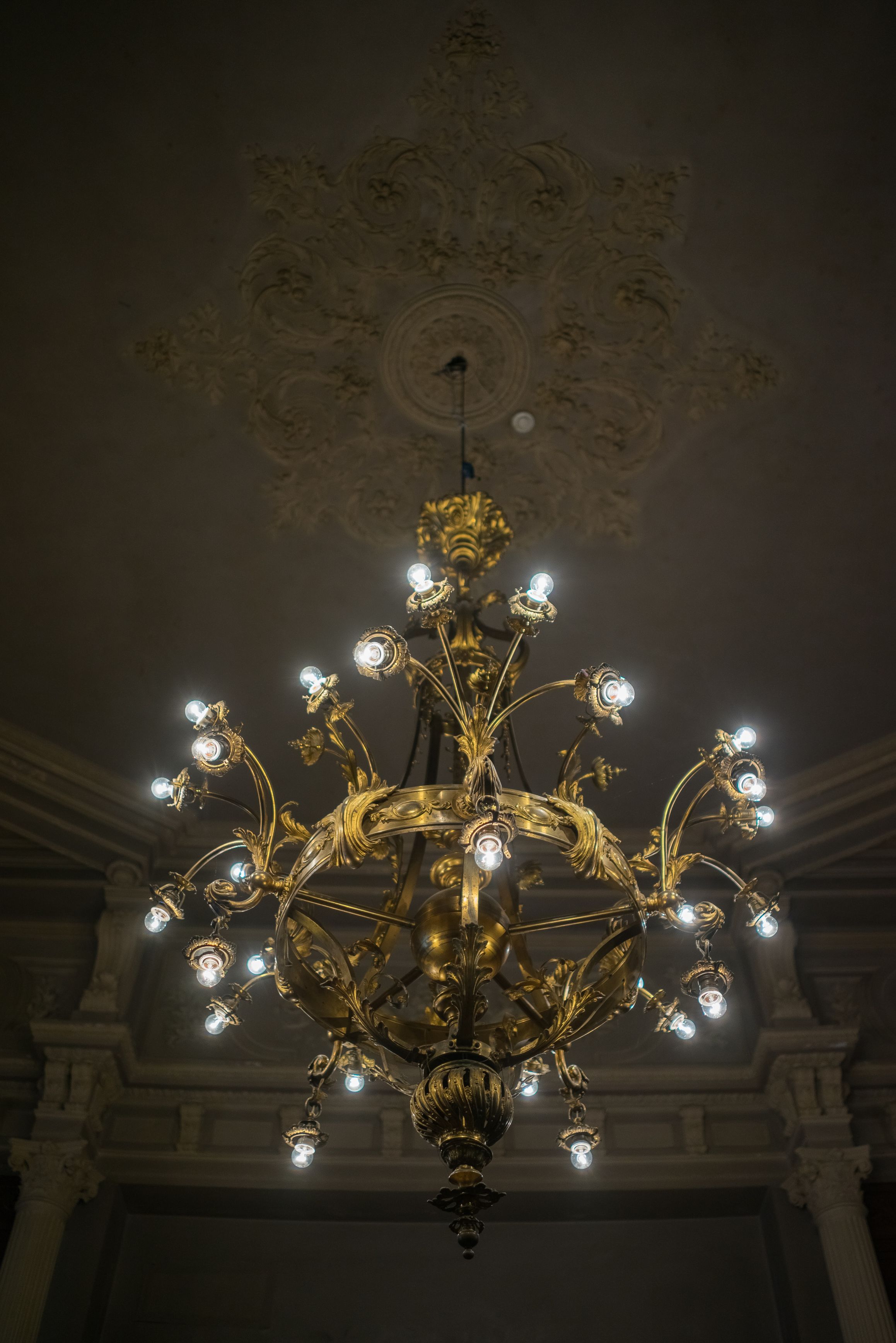 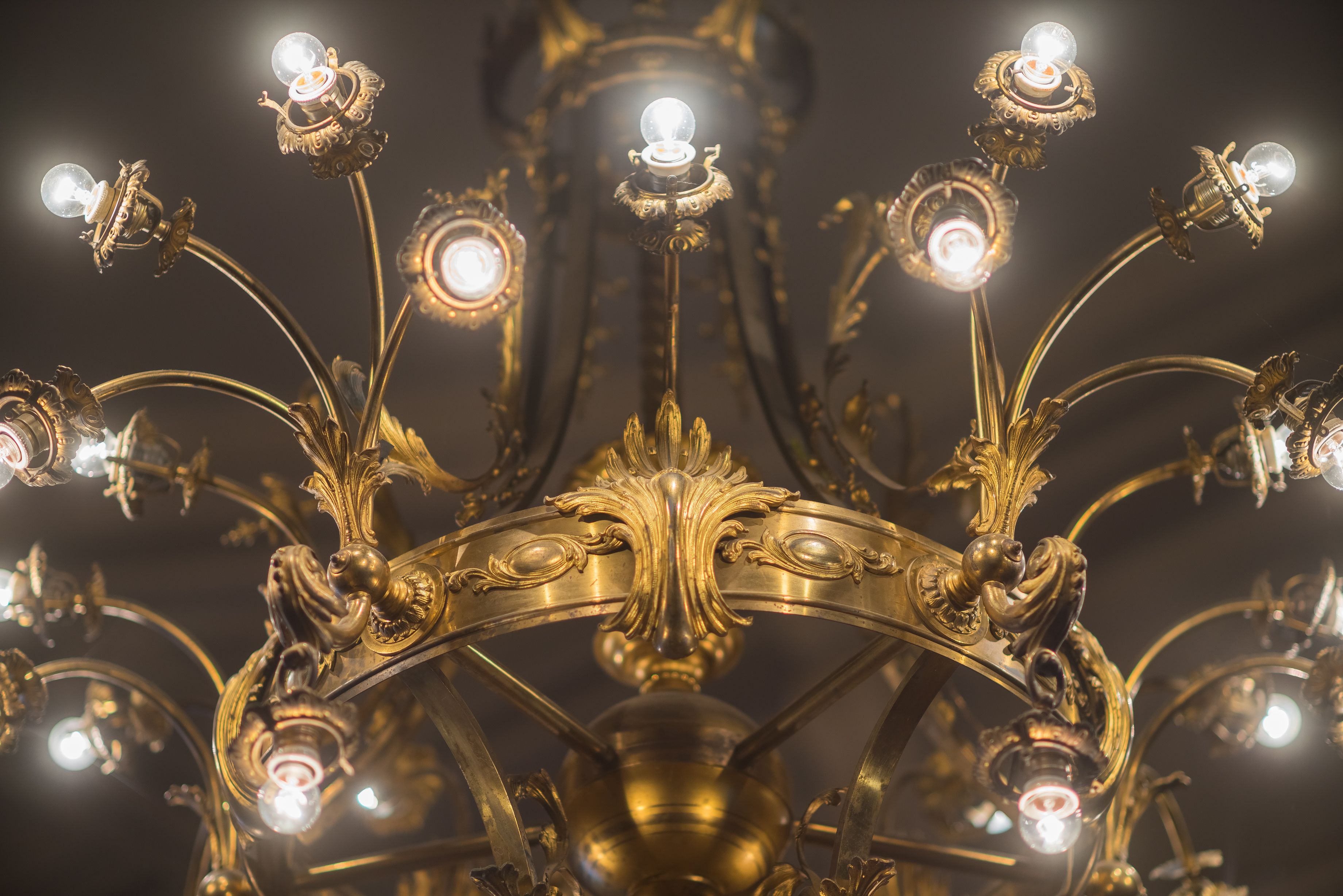 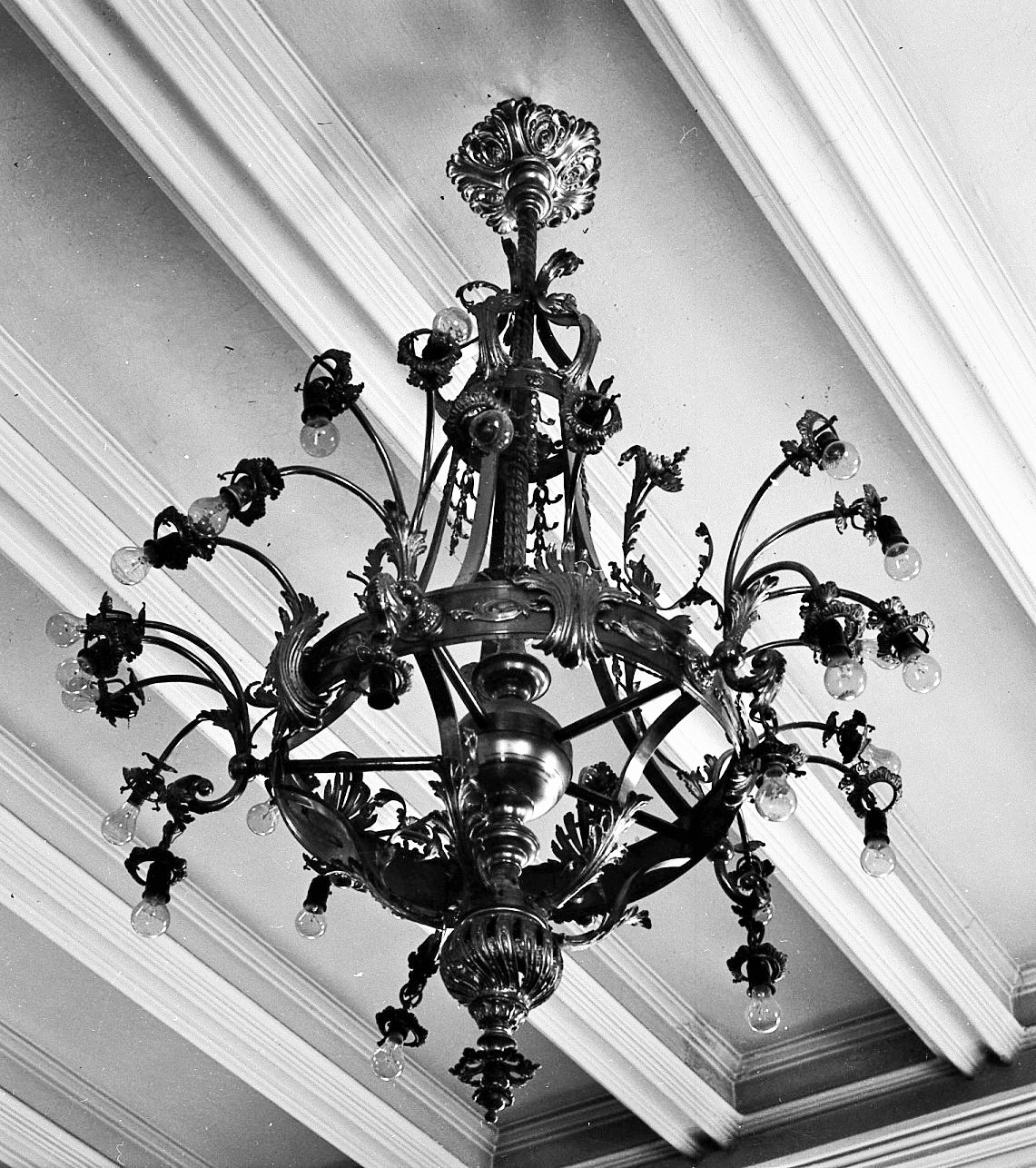 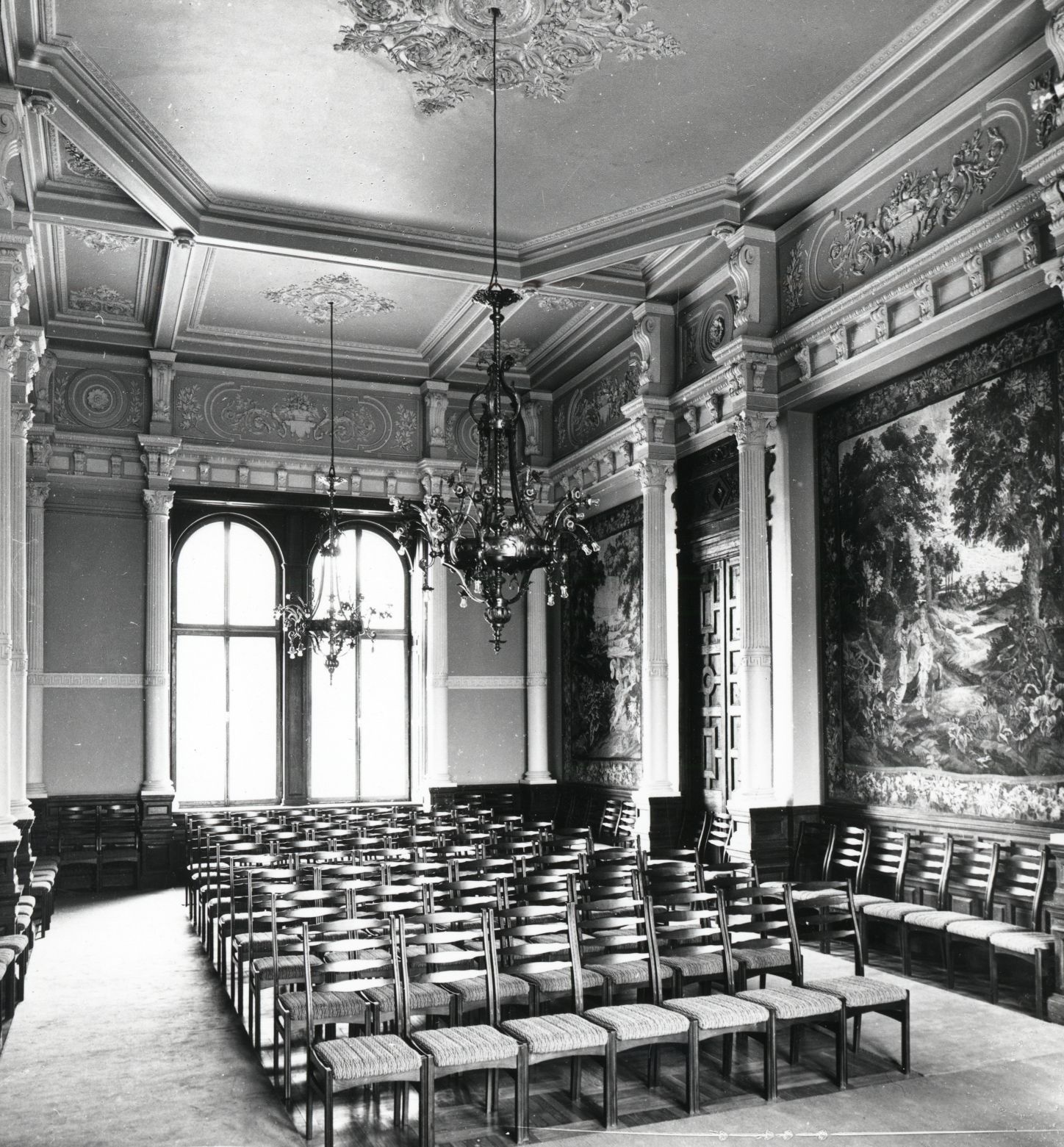 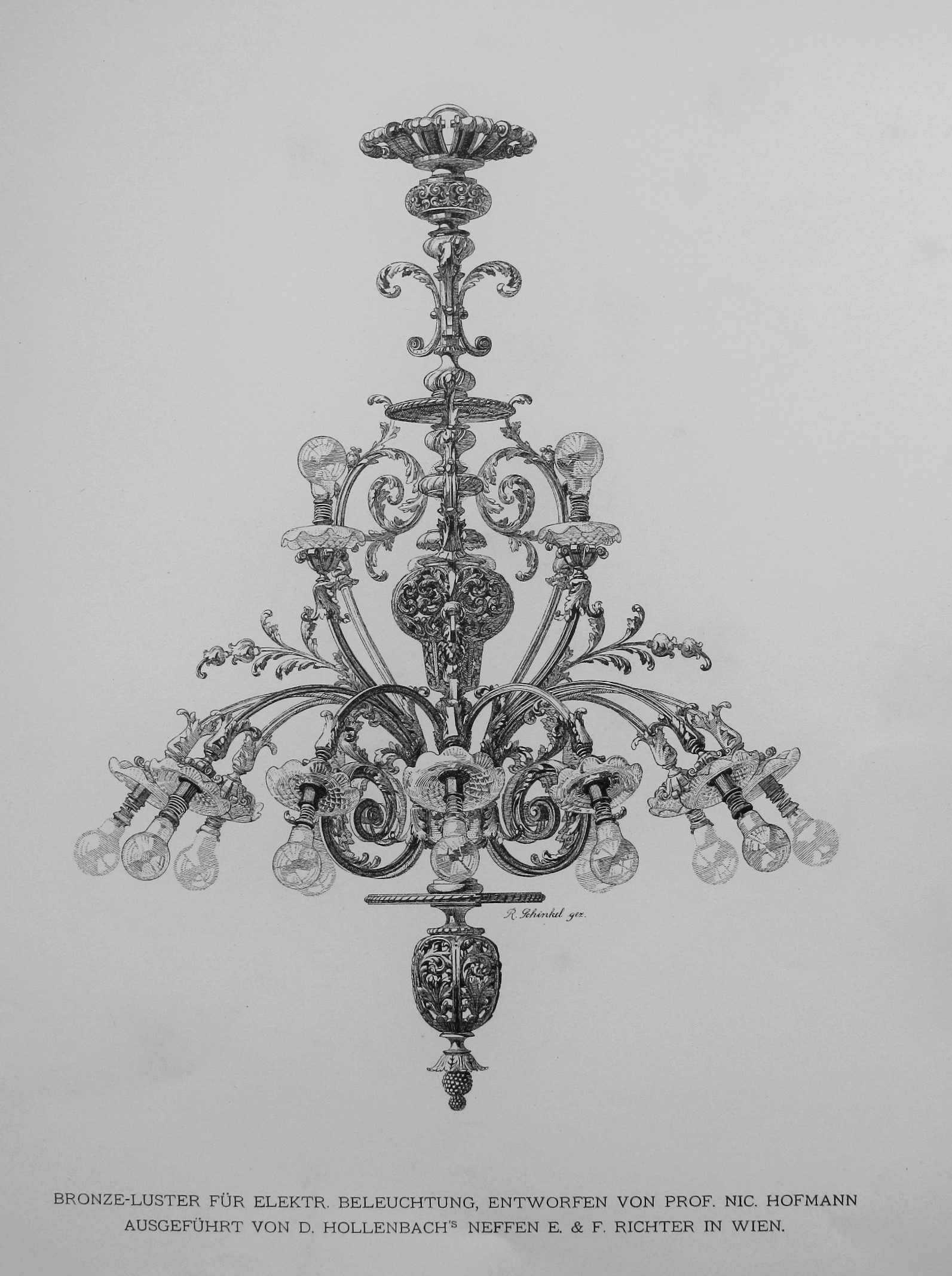 Historian Antanas Rimvydas Čaplinskas in the book History of Vilnius Streets. Streets of St. John, Dominican and Trakai writing about Umiastowski Palace in Trakai str. 2 mentions that during World War II, the Soviets hijacked 33 trucks of palace property to Russia. According to the author, the chandeliers remained and were later transferred to the restored Verkiai Palace. According to the photographs by Julius Vaicekauskas and Mečislovas Sakalauskas, the chandeliers were transferred between 1973 and 1976. At that time (around 1970–1975), the interiors of Verkiai Palace were reconstructed. The three large chandeliers in the Umiastowski Palace were very suitable for the former Knight’s Hall and resembled the interior created by Duke Wittgenstein family in the mid-19th century.

The model of three identical chandeliers in the Umiastowski Palace was designed at a time when lighting by electricity was still a major innovation. At the end of the 19th century, drawings of the chandeliers in the catalogues of European manufacturers show the light bulbs openly, and they are especially highlighted in the object. As seen from the chandelier project (photo No 5) by prof. Nic. Hofmann, the light bulbs are surrounded by short „underdeveloped“ glass caps that resembles a drip pan to catch falling wax. Later, after the invention of brighter tungsten bulbs, they were covered with larger white or coloured hoods of different forms.

The chandeliers acquired by the nobleman Umiastowsky family probably had caps. This is evidenced by the special fastening elements at the terminals of each arm. The chandeliers may appear in an unusual form but only because they are probably the only ones in Lithuania that reflect the fashions of the first European chandeliers designed for light bulbs.