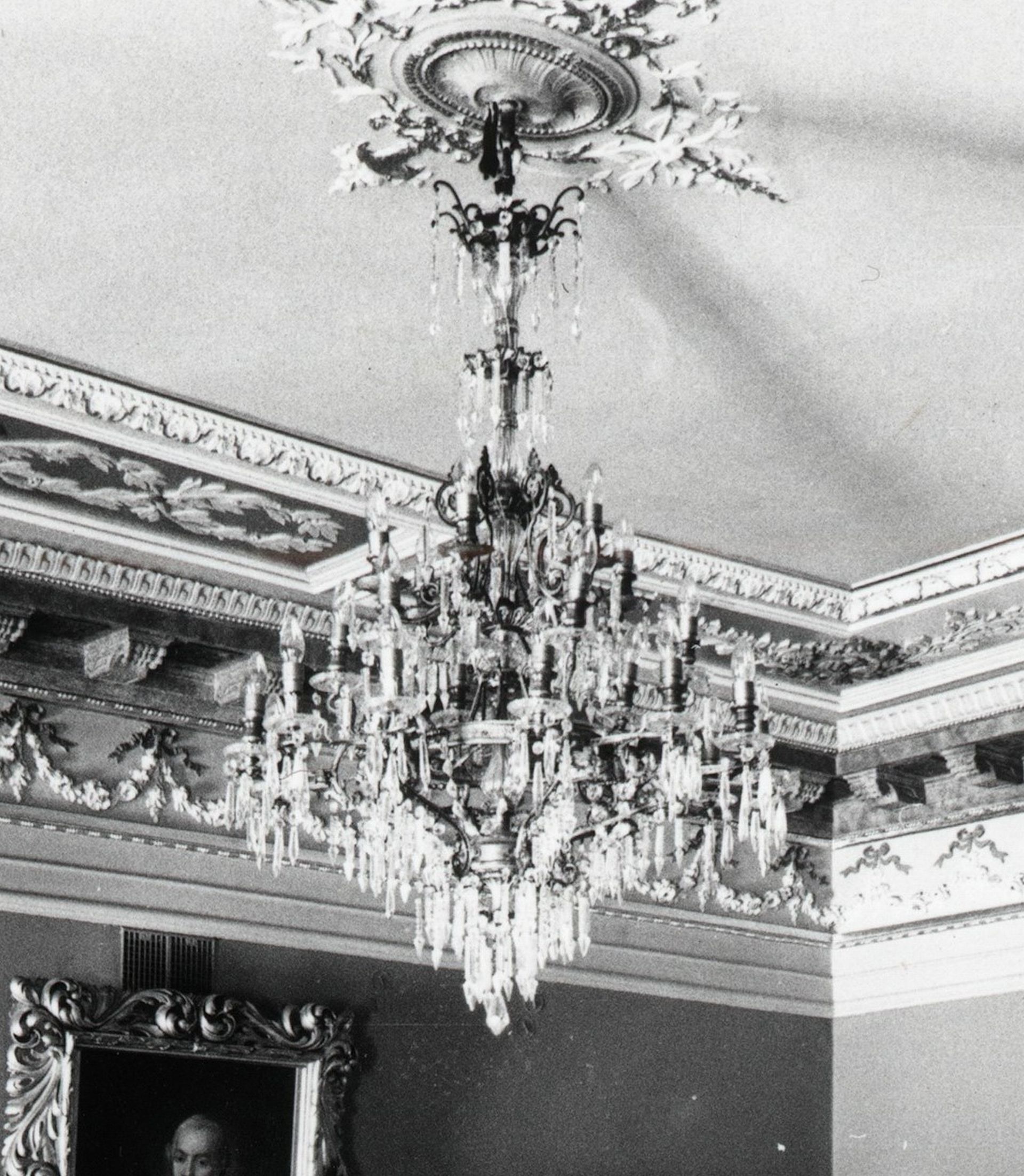 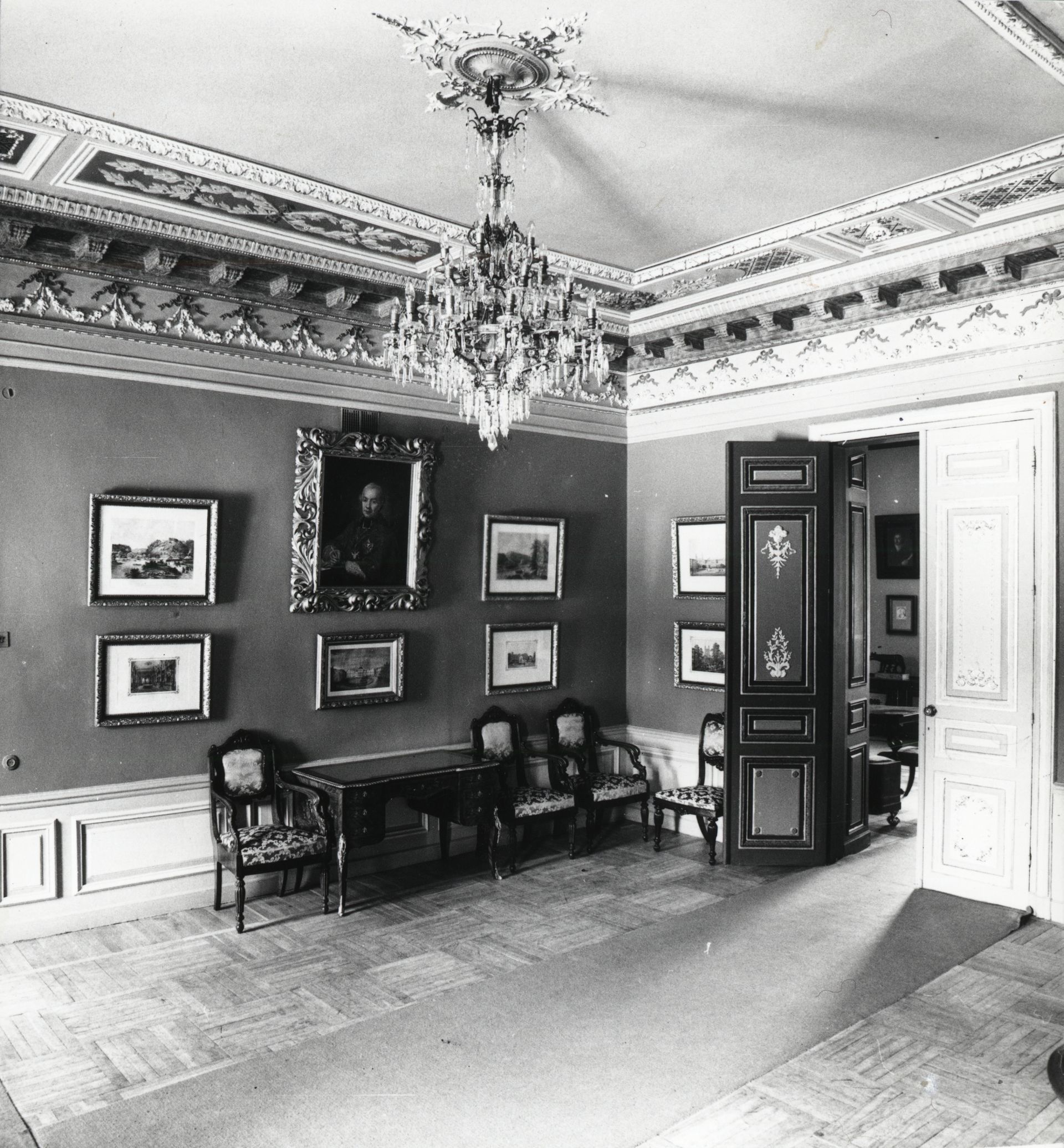 Industrially produced chandeliers in Lithuania from the first half of the 19th to the second half of the 20th century are an integral part of European cultural heritage. During this period, chandeliers in Lithuania were seldom produced. Therefore, the means of illumination were mostly brought from other European countries. Research data and surviving examples suggest that most of the lighting means in Lithuania were imported from neighbouring Poland, more specifically from Warsaw, where factories of the bronze wares actively established in the 1860s.

Eclectic décor, rough performance and installation quality suggest that the chandelier preserved in the museum was probably made in Warsaw, Poland. It is also confirmed by drawings of similar design’s chandeliers (No. 1752 and 509), depicted in the catalogues of 1895 and 1913 of the Jan Serkowski Polish bronze wares’ factory, which operated since 1867.

A stem of the chandelier is made up of cast bronze and glass parts that are thread alternately. A ring surrounding the stem strengthens the thin tracery arms. They are cast and decorated with motifs of acanthus leaves, neo-rococo strips and flames, and palmettes. The twisted scrolls of the arms hide the hardly noticeable griffin heads, holding the rods in their beaks, from which the strands of polished glass beads slope downwardly. Sconces for candles are made of bronze and drip pans cast of glass. The drip pans of the upper arms did not survive. They have been replaced with newly-made repoussed convex sun-shaped plates. Three-story arms of the chandelier and many glass pedants build a rhombus-shaped silhouette.

The chandelier preserved in the Lithuanian National Museum is an ornate and fairly typical piece of applied art from the historicism period. The chandelier could hang in a Lithuanian manor or an apartment of a wealthy townsman.

* Griffin is a legendary creature with the body of a lion, the head, wings and claws of an eagle. Dailės žodynas. Vilnius: Vilniaus dailės akademija, 1999, p. 150.