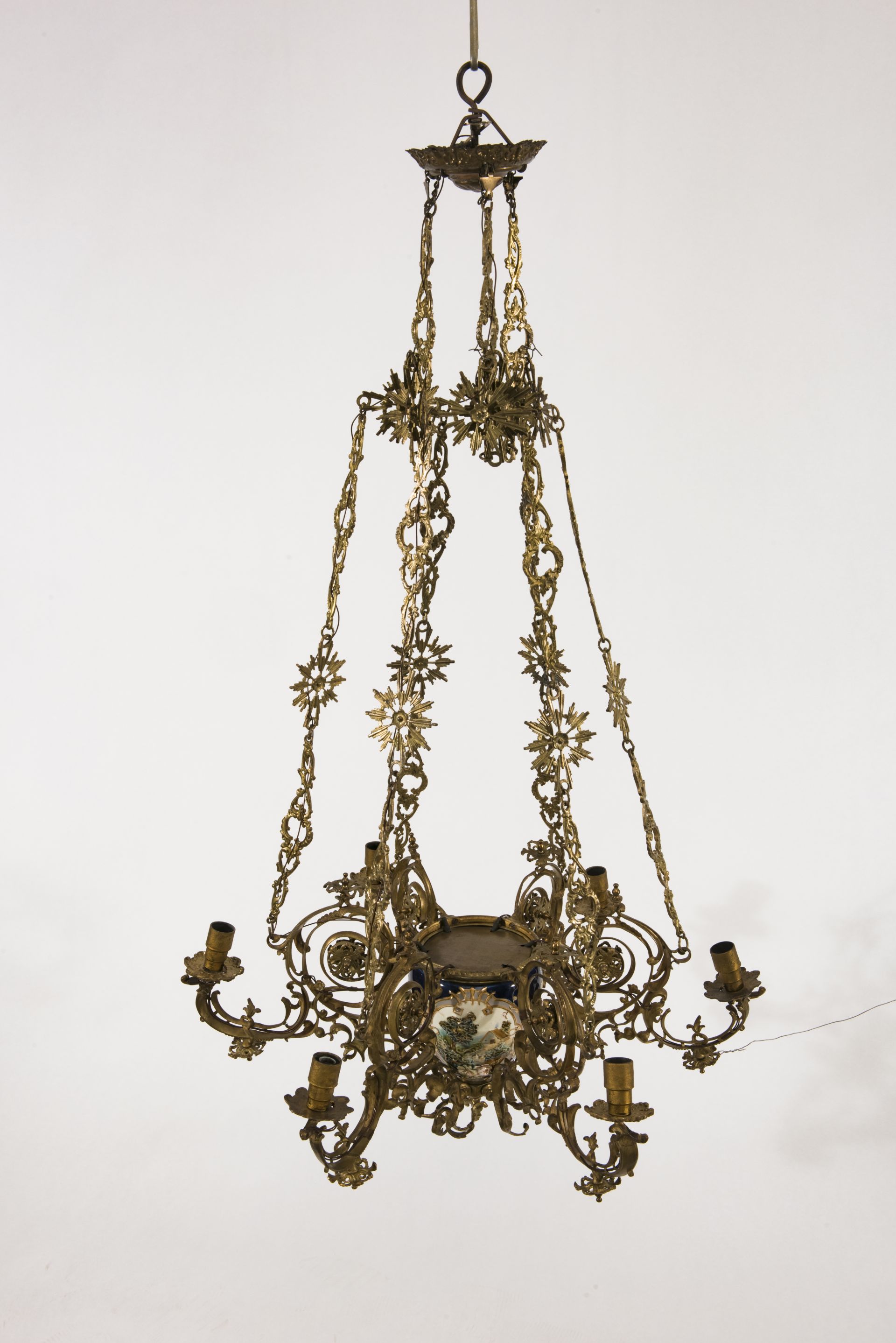 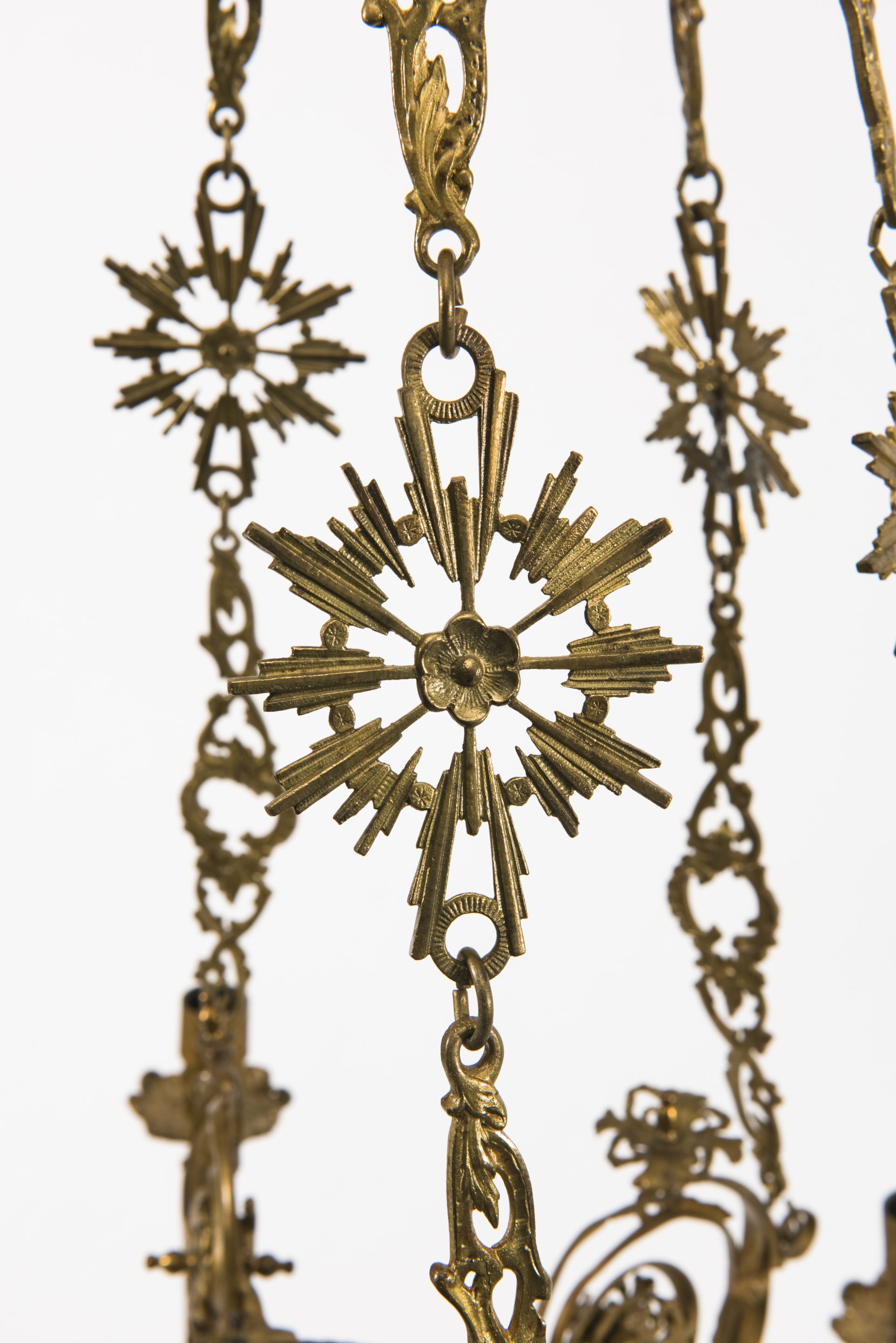 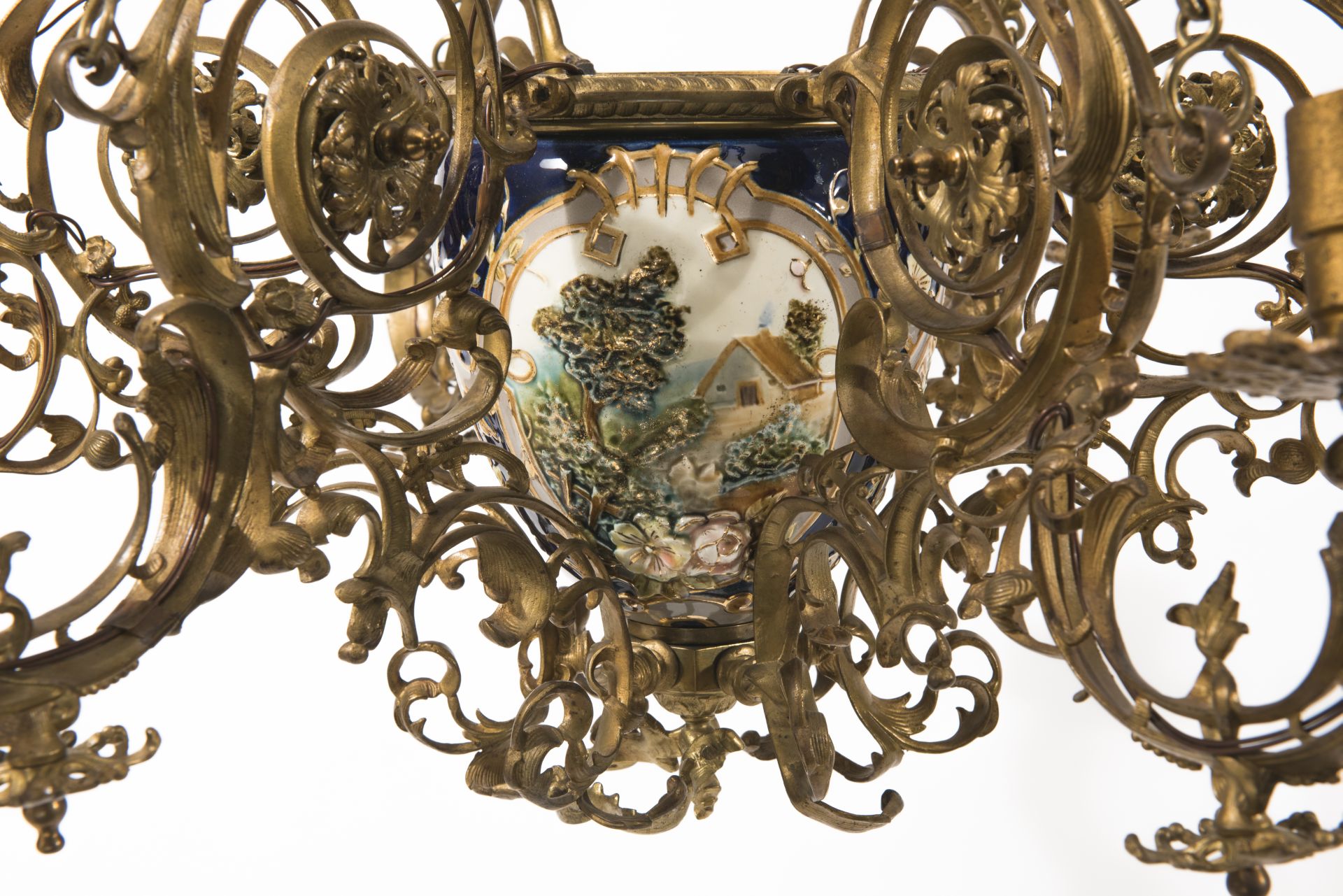 Iconographic sources testify [2] that in the second half of the 19th – early 20th century, in estates and most likely in urban residences or houses of wealthy townsman, it was loved to hang practical, combined dual-purpose chandeliers —kerosene lamps over the dining table. A kerosene lamp was used daily during dinner, and additional candles were lit on special occasions.

The six-arm chandelier — kerosene lamp preserved in the National Museum of Lithuania was probably made in the late 19th – 1900s or 1910s. The stylistics helps to date the chandelier. Arms of the chandelier are highly decorative with prevailing neo-rococo rocaille and flame ornament. However, it is separated, and there are soft floating lines close to the art nouveau style that predominated in the early 20th century. Three chains of the chandelier and six more chains beneath are highly decorative, linked together with cast tracery details. Some of the details are fine with rocailles, the other that diversify the article have the shape of the sun. Three painted medallions decorate the indigo-coloured (blue-violet) vessel of the kerosene lamp. They romantically depict a small cabin, a fortress, perhaps a monastery or a church (?). A lid with a small elongated sphere-shaped cap had to be inserted into the vessel of the kerosene lamp. The original rosette of the chandelier-kerosene lamp did not survive (the current one was made a little later). As is typical of the combined chandeliers of that time, this chandelier-kerosene lamp was probably equipped with height adjusters.

Much more kerosene lamps survived in Lithuania than their combined variants with arms and sconces. The decorative chandelier probably adorned a dining room or library in a Lithuanian manor or an apartment of a wealthy townsman.